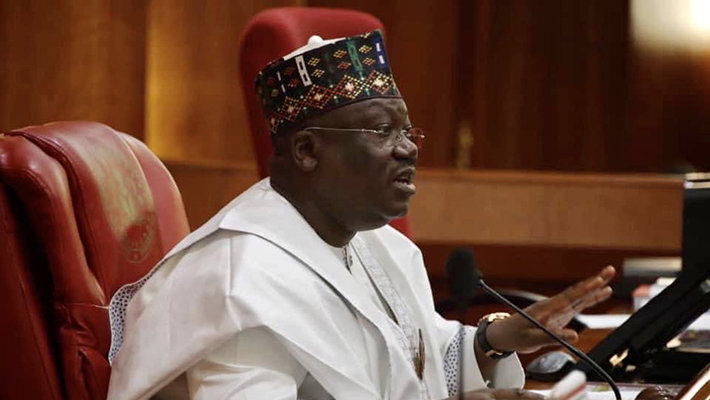 The President of the Senate, Ahmad Lawan, has felicitated Nigerian journalists as they mark the World Press Freedom Day.

Mr Lawan, in a statement by Ola Awoniyi, his Special Adviser on Media, in Abuja on Monday, commended journalists across Nigeria for doing a great job.

According to him, Nigerian journalists are holding the mirror to the society, speaking truth to power, and insisting on the government being accountable to the people.

He acknowledged that men of the pen profession in the country had made heroic contributions to society and had continued to do so at great costs.

Reflecting on the theme for this year’s celebration, “Journalism under digital siege,” he said the theme was to draw attention to “surveillance and digitally-mediated attacks on journalists around the world in their course of duty.”

He assured Nigerian journalists that the National Assembly would continue to protect them and enhance the practice of their profession through legislation.

“Our fledgling democracy can only thrive under an environment of free speech and freedom of the press. That freedom is an essential ingredient of democracy.

“However, journalists must also continue to take due cognisance of their responsibilities to the society by wielding their mighty pens and keyboards with circumspection.

“In this age of information, practitioners, whether in the traditional or new media, have an obligation now more than ever before to uphold the ethics and tenets of the journalism profession and show the way in responsible dissemination of information.

“Because of the fear of the dangerous consequences of the abuse of the power of the media, some people have called for the regulation of social media.

“As a parliament, the National Assembly will not allow free speech and press freedom to be constricted, but will also strive to ensure that the freedom is not abused.