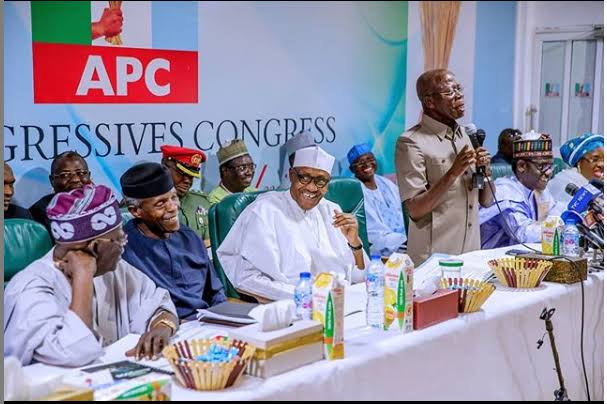 A meeting of  former presidential aspirants of  the  All Progressives Congress scheduled for Abuja on Wednesday failed to hold.

The postponement  of the meeting was announced a few hours to its  commencement.

It was gathered that the meeting was cancelled because of the non-commitment of the aspirants, many of whom had indicated that they would not be available.

One of the aspirants, Dr Nicolas Felix, in a statement on Monday, said those who contested against the APC presidential candidate, Bola Tinubu at the presidential primary, would converge on Abuja at 2 pm on Wednesday.

Felix said, “We will also brainstorm on adopting winning campaign strategies to support our standard-bearer, Bola Tinubu, and seek to carry every Nigerian along in our bid to coast home to victory in the 2023 general elections.”

But before the meeting was scheduled to start, Felix announced its postponement, stating that a new date would be announced. He, however, did not give the reason for the cancellation of the roundtable.

Felix’s statement read, “Please be informed that the strategic meeting of 2023 Presidential Aspirants of the All Progressives Congress, scheduled to hold on Wednesday the 31st of August has been postponed.

“A new date for the meeting will be communicated soon. Apologies for any inconvenience(s) that this might cause.”

The aborted meeting sought to address a number of factors such as a conciliatory move to reconcile aggrieved  members, challenges bedevilling the country, inclusive politics and adoption of winning campaign strategies to coast home to victory ahead of the 2023 general elections.

One of the aspirants who abandoned the parley, however, told our correspondent that the move by Felix, the youngest APC aspirant, to reunite all the aspirants, especially the aggrieved ones, was an effort in futility.

The APC chieftain, who pleaded anonymity,  further disclosed that the body language of the presidential aspirants and some party members who participated in the presidential primary was clear.

“I must say Felix has tried his best. But it is not his duty to call for such a conciliatory meeting. That initiative was dead on arrival. Both the party and Asiwaju himself have a lot of work to do before the 2023 election,” he said.

But another source disclosed that the event failed to hold because none of the aspirants showed up, noting that most of them were unhappy with Tinubu.

Also a source in the Tinubu campaign team, said Felix did not have the mandate to convene the meeting.

The source stated, “He is on his own. Nobody told him to convene the meeting. He did not carry other aspirants along. The meeting is not pro-Tinubu meeting.”

When asked if Governor Bello had any grievances against the APC presidential candidate, the Director of Media and Publicity for Yahaya Bello Presidential Campaign Organisation, Mrs Yemi Kolapo, dismissed the report.

Kolapo maintained that the Kogi State governor was committed to working for Tinubu’s victory ahead of the February 25 presidential poll.