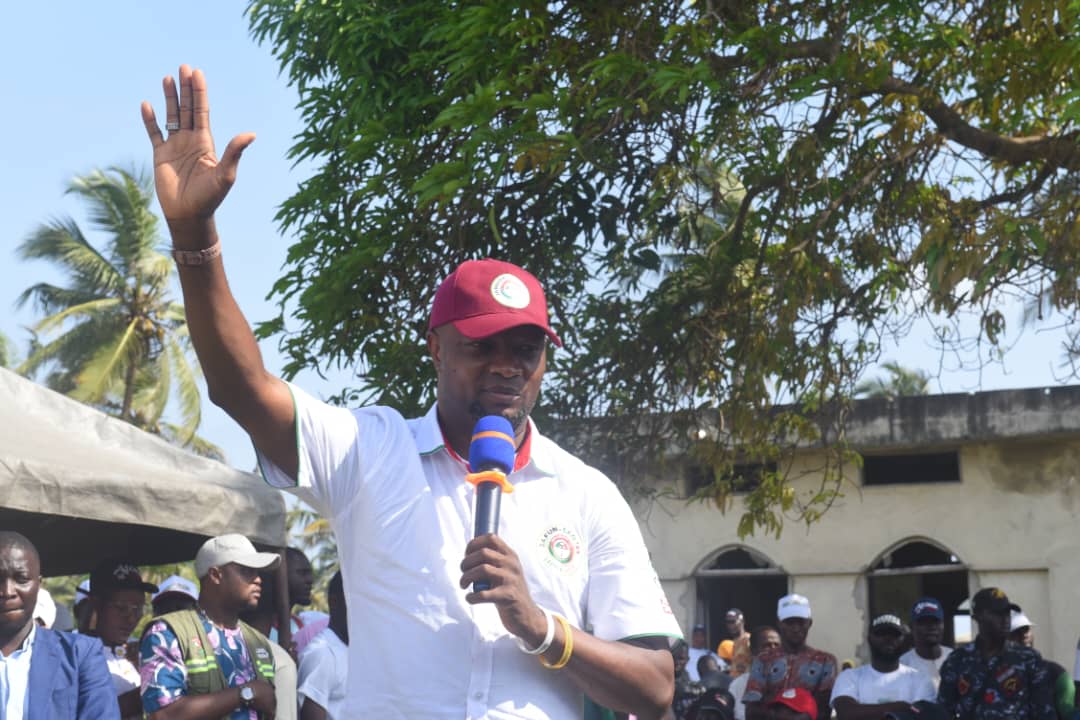 The Gubernatorial candidate of the People’s Democratic Party (PDP), Dr. Olajide Abdulazeez Adediran has said that his Government will call for a state of emergency to revamp the educational sector in the State.

Jandor made this known during a meeting with the FESTAC Town Resident Association (FTRA), Women Association of Hairdressers FESTAC town (WAHF) and the Nigeria Automobile Technician Association, NATA on Wednesday.

Adediran said his decision to become Governor was beyond just wanting to be the Governor of Lagos but to get the State back. He traced the movement back to when he started seven years ago, saying it has always been about creating an inclusion and assured residents in FESTAC that he is going to be an independent Governor, who will be able to make his own decisions without seeking for a second level approval.

He said, “This is quite different from every election cycle, this is a movement that started seven years ago, what we wanted and what we’ll always want is to have our Lagos back. Yes, you would want to ask what informed my decision in wanting to do this, it is beyond just wanting to be Governor.If it is just being Governor, I won’t leave where I was coming from which is the APC, all I need do is to romance some people, bring them on my side, before you know it, I’ll be pronounced and everybody will follow as usual but it’s my choice to go through this route.

“Even while we were in APC, if you’ve been following, we were actually in opposition with them, we never minced words, we spoke loudly about work and the practice fearlessly and because we do not want to pretend, we want to contend. The first thing we did was to see how can create inclusion. Having done that, we looked at a political party that reveals 35 – 40% every election cycle.

“I’m bringing a government that doesn’t require a second level approval to fix FESTAC because I know all the problems in this place. So the first thing to do is to ensure that I’m coming to that office as an independent Governor. Yes, others may have come before us, maybe they would have done better if there’s some form of independence in how they emerge but unfortunately it is what it is.”

Jandor explained that he made a decision to go round the State to have a better understanding of the State he want to govern. He added that what the State has now is people who never envisioned to govern, people who somebody brought into the system and as result, much can’t be expected from them.

He also highlighted some of the problems, he aims to tackle as soon as he becomes Governor, he said he plans to provide security and renew Infrastructure.

“So beyond just wanting to be Governor, I want to be a Governor that will be able to say after office that this is what I’ve been able to do with the eight years that have been given to me. The problem we have in FESTAC has been there for a very long time. I’m aware that FESTAC is in my State where I’m the Chief security, I know I have to secure the estate, I have to control the flood, I have to make sure there’s Infrastructural renewal.

“The strategy for my campaign move to every ward unlike the usual practice of taking people somewhere, somebody addresses them and return to where they are coming from, I decided to go to every ward so I can we for myself every part of Lagos and meet the people and that will form the basis upon which I govern the State in the next four years.

“Another reason we have chosen to do this is because it’s the new electoral act, a man who is mentally and physically lazy cannot win election anymore because he is going to interface with people, they need to hear from you and access you because votes count now. So the understanding of that shift is what informed our choice of saying we will do a ward tour, by the time we tour the 245 wards in Lagos, we’ll interface with people, we will see first hand. So when we are speaking to the problem of each Local Government, then we’ll be speaking from authority point of view.”

Jandor thanked the FESTAC community for always being a PDP stronghold, he added that it shows that the people that are living here have always been yearning for a breath of fresh air.

He then promised to to be swift in resolving issues of the State, from traffic gridlock, menace of NURTW, and making sure out of school children are taken back to school.

He said, “There about 2,000,000 of them, we are going to declare a state of emergency in the education sector.

“Our Government will provide free uniforms for primary and secondary school and you might be thinking, is this man just talking? What about the money? We have done the calculation, it costs us N24 billion in a physical year to do that with the number of children we have in schools.

“Where would I get that money? There is a particular company in Lagos that is legally right but morally wrong that is taking N9 billion naira from us every month, all we need to do is to just block it and we’ll get more money every month. All the uniforms will be seen by tailors in Amuwo and not by strangers. So with that, we are putting money directly into people’s pockets.”

Jandor added that his government will look into Infrastructural renewal and having more human resources that will be of benefit, stating that he’ll be widening the tax nets of the State and the State will in return, earn more money.

” We have a policy in our blueprint that says for me to give you this road as a contractor, you’ll first how me proof of your engagement with at least 30% of the youths in the area before you can win that contract.

“Yes I know contractors will say no, they don’t have relevant expertise on the job but I’ll remind them that can help with supplies and that doesn’t require any expertise. We’ll not only engage our youths, we’ll make sure they see themselves as major stakeholders in the business.”

Jandor reinstated that his Government will be one of inclusivity and transparency.

“You have a choice between the status quo and a breath of fresh air. We’ll run a government of inclusiveness, before we get anything done, we’ll sit down and you must be part of it. We are going to be transparent.

“Lagos is a wealthy State, unfortunately that wealth is just on paper, we are coming to birth a wealthy State in truth where you’ll see the wealth of Lagos in the street of Lagos. ”

Jandor also engaged with the Ifesowapo community and the sand suppliers at the FESTAC link bridge, Amuwo, assuring them of a government that will stop harassment of market women and harassment of persons on the road, he said for the first time in the history of Lagos, Lagosians will jointly elect a Governor that they can call their own.

We will protect your business interest-Lagos PDP guber candidate, Adediran assures Ndigbos, others