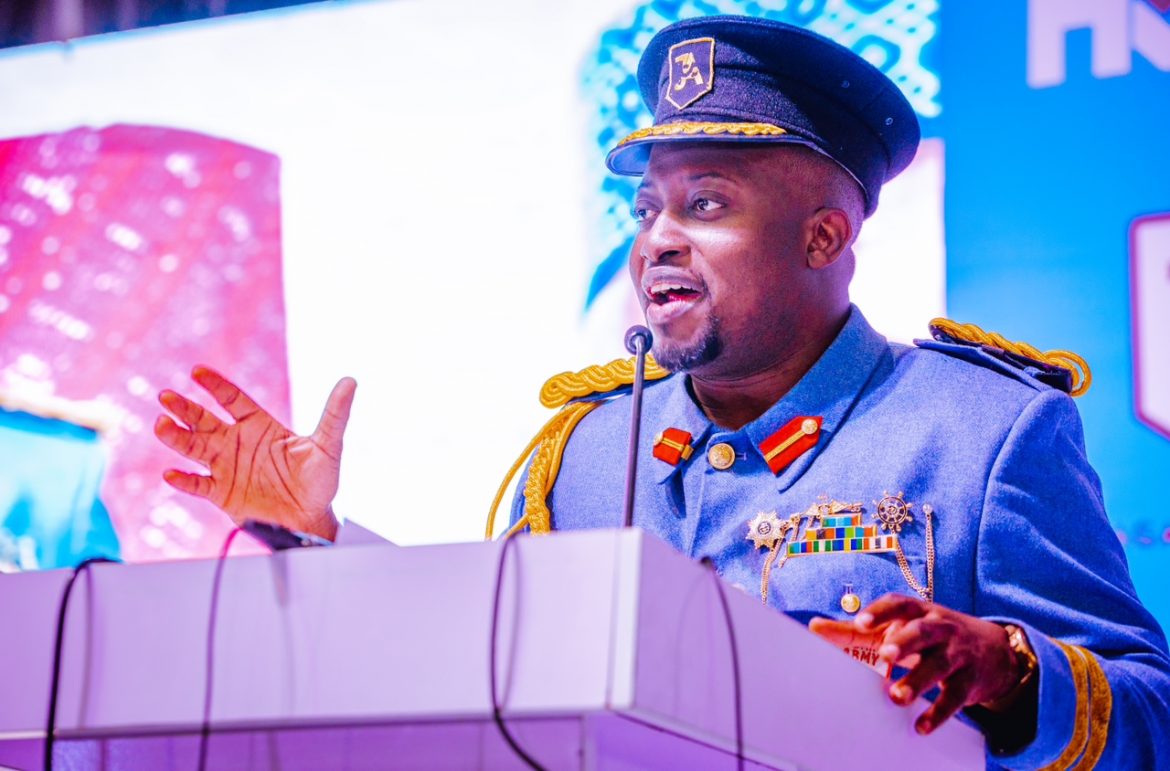 The National Youth Leader of the ruling APC, Hon. Dayo Israel, has boasted of the readiness of the party’s youth wing to ‘usher Asiwaju Bola Tinubu into Aso Rock’ as the country’s next leader by delivering on its pledge of 50 million votes.

This was as he inaugurated the APC National Youth Wing Campaign Council at the Umaru Musa Yaradua Hall in Kaduna State on Friday.

Israel, who was adorned in a military-style uniform as the Wing Marshal of the Jagaban’s Army, one of the directorates of the Council, criticized other political parties in his welcome remarks for paying lip service to youth representation and inter-generational balance despite doing little, particularly less than the APC, to bring the ideal to life.

He recounted Tinubu’s beneficial contributions to youth development and equitable representation as a political actor, including the appointment and provision of support for the likes of Babatunde Raji Fashola, Femi Gbajabiamila, Babajide Sanwo-Olu, to make their entry into politics and governance as youths before their elevation as heads of government.

“Peter Obi said he is the candidate of the youth. Yet every time he has had the chance to do so, including the recent appointment of his campaign DG, he has overlooked young people and settled for the same PDP old foxes who run the country into the ground. He couldn’t even beat the record of the last person who ran on the same party platform who made youth the point man of his campaign,” he said.

“Who can point to any successful mentee of Obi in politics or business? Or a discernible structure of youth representation within his party across the country, similar to what we have in the APC?”

“Their supposed support for young people is mere lip service. It lacks substance and does not reflect the obvious reality. The APC is the true party of Nigeria’s youths. We are battalions, and Asiwaju Bola Ahmed Tinubu is a bridge-builder who will lead an inter-generational government that will unleash the potential of young people in this country. He has done it before and he will do it again.”

Israel was joined by prominent political figures and youth stakeholders within and outside the APC as he inaugurated the Council and rolled out a series of initiatives and programmes, including the ‘Deliver Your Street’ campaign, Canvassers’ Record Sheet, and the APC Youth Wing’s official mobile app.

Sani Dattijo, former Chief of Staff to Governor Nasir El-Rufai who is running to represent Kaduna Central in the Senate, Hon. Nurudeen Hassan Bello Janara, the SA on Youth to Governor El-Rufai, and Bello Dambazau were some of the dignitaries who led the unveilings.

Explaining the importance of the unveiled Canvassers’ Record Sheet, Israel said it was a data-gathering tool to be deployed by the Wing’s foot soldiers during their grassroots engagement exercise across the country.

The sheet contains fields such as the personal details of the potential voter and their voting records. It also mandates the party representative to record the state of the voters after the encounter, whether they were successfully persuaded to offer their votes to the party.

The gathered data will be analyzed and mined for insights which will in turn shape the campaign, making it a data-driven effort, he said.

Many of the statutory officers were present at the event, each swearing an oath to deliver their domains and contribute to the poll success of the party next month.

Sterling One Foundation Wins Big at the ECOSEA 2022 Awards