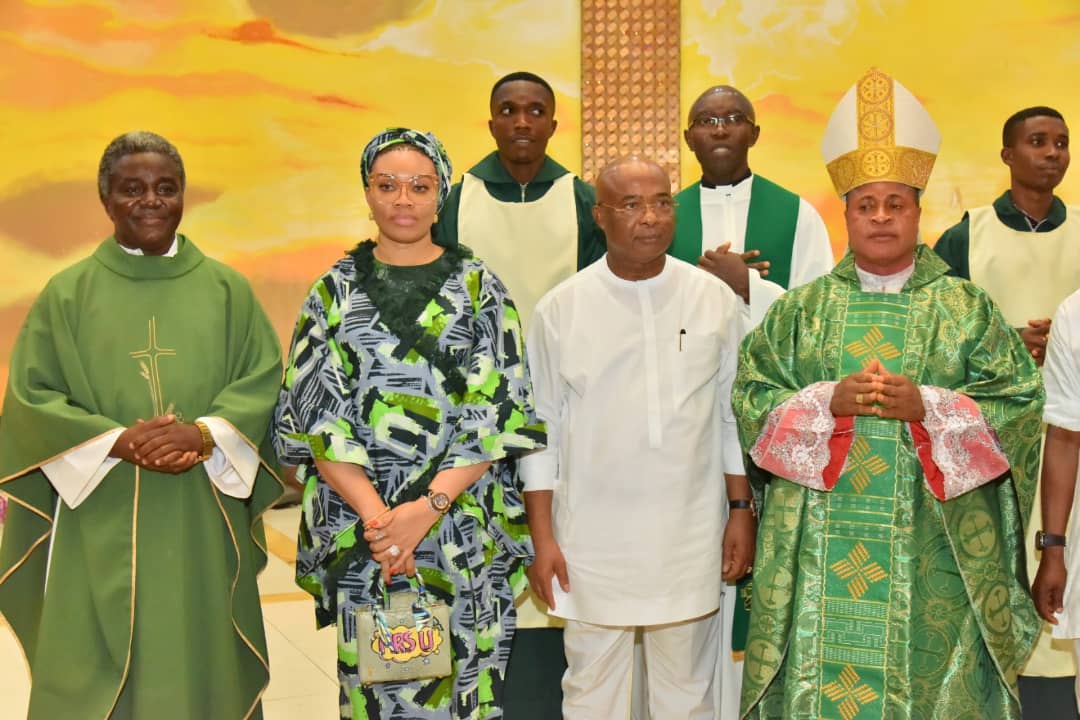 Governor Hope Uzodimma of Imo State has received the report of the Commission of Inquiry into the mayhem that engulfed Izombe area of the state in October 2021.

Receiving the report at the New Exco Chamber,  Government House Owerri on Wednesday, the Governor thanked the Chairman and members for a thorough job which he said “will go a long way in assuaging the problems of insecurity in the area in question in particular and  Imo State in general.”

He saluted the memberd for their diligence in dealing with the situation, particularly the painstaking way they looked at the various issues at stake, noting that their report “will help calm frayed nerves and tension.”

The Governor said he is convinced that “the report will help government bring to rest the insecurity situation in the State.”

In expressing happiness over the good job the panel did, he said the members justified the confidence reposed in them, adding that from time to time they will be invited to assist government to look into issues that will help bring peace and development in Imo State.

The Governor assured the Committee that government will look into their recommendations and apply them appropriately.

Submitting the report, the Chairman, Hon Justice Ezeohiri Fred Njemanze (Rtd.) on behalf of the other members – Barr. Nkechi Obioha (Secretary), Chief Ethelbert Nwachukwu, Barr. Bright Ohaneze, Mr. Nnamdi Gogo Okwuosa, and Mr. Peter Uwa, informed that their Committee was inaugurated on October 3, 2021 while they it began proceedings in February, 2022.

Justice Njemanze said his Committee received over 350 petitions and reports from Petitioners, Traditional Rulers and President Generals from the affected communities as well as from the Police, the DSS and Correctional Services.

He said the panel regretted that the Nigerian Army and the Nigerian Security and Civil Defence Corp did not appear before the Committee.

Justice Njemanze expressed disgust over the level of heinous crime and criminality perpetrated by people for selfish reasons and purposes, all which helped to fuel the mayhem in Izombe and adjoining communities.

Regardless, he thanked Governor Uzodimma for finding them worthy of the assignment and proceeded to hand over four volumes of the Committee’s report to the Governor.