…where the playing field is levelled
© 2022 | FREEDOM POST- All Right Reserved
Home » Uzodimma: I stand for a better judiciary
Crime & Judiciary 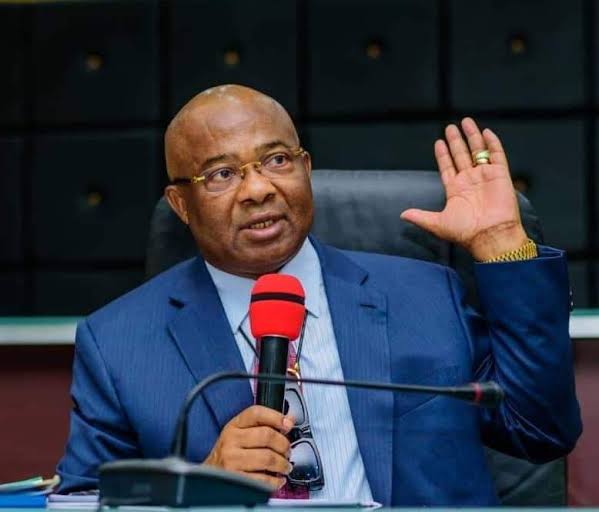 Governor Hope Uzodimma of Imo State has said he will always stand for a better judiciary and encouraged stakeholders to join him to ensure that it remains the last hope of the ordinary man.

He spoke on Thursday while declaring open the 2022 Imo Justice Summit at the Concorde Hotel, Owerri with the Theme: TOWARDS AN EFFECTIVE JUSTICE DELIVERY SYSTEM IN IMO STATE.

The Governor acknowledged that the theme is apt and that his passion for the it and his desire to better Imo Judiciary was the reason the first bill he signed into law as Governor of Imo State was the ADMINISTRATION OF CRIMINAL JUSTICE ACT.

He said that the law which he signed was to accelerate quick justice delivery as against what existed before his assumption of office on January 15, 2020.

The Governor said it is unthinkable that a suspect could be kept on awaiting-trial for over six years “when if sentenced could have stayed only 18 months,” and described the situation as a matter that gave stakeholders concern that resulted to huge investment of capital in Alternative Dispute Resolution (ADR).

He said that “ADR was an indictment on the Judicial system just because of lack of manpower or whatever the system that was operated could not accelerate.”

The Governor asserted that “the society could only get a quick and actionable reform when the administration of Justice is accelerated and when we come together such as in seminars and workshops of this nature to brainstorm.”

The Governor said the above are the reasons he approved the summit and other trainings for the judicial officers and their management to sanitize the state judicial system and encourage speedy justice delivery to Imo people.

The Governor congratulated the Attorney General and Commissioner for Justice, Barr COC Akaolisa and the Chief Judge of Imo State, Hon. Justice Theresa Chukwuemeka Chikeka, for “putting together the idea and for the opportunity created for the learned and very intellectual men and women of justice delivery in Imo State to attend this summit.”

He encouraged them not to despair, noting that “gradually the 3R administration in Imo State is sanitizing the system,” as what he met on ground in 2020 when he assumed office as Governor is now a “far cry from what we have now.”

Governor Uzodimma insisted that with  commitment and proper synergy, the Ministry of Justice, the Judicial Service Commission, the people of Imo State and all Stakeholders will get to the targeted destination.

Welcoming the Governor, the Imo State Attorney General and Commissioner for Justice, Barr. COC Akaolisa thanked the Governor for his approval that made it possible for the summit to hold and most importantly for coming in person to declare the summit open.

He assured the Governor that from what is put together in the summit, the judicial officers will leave the summit better than they met it.