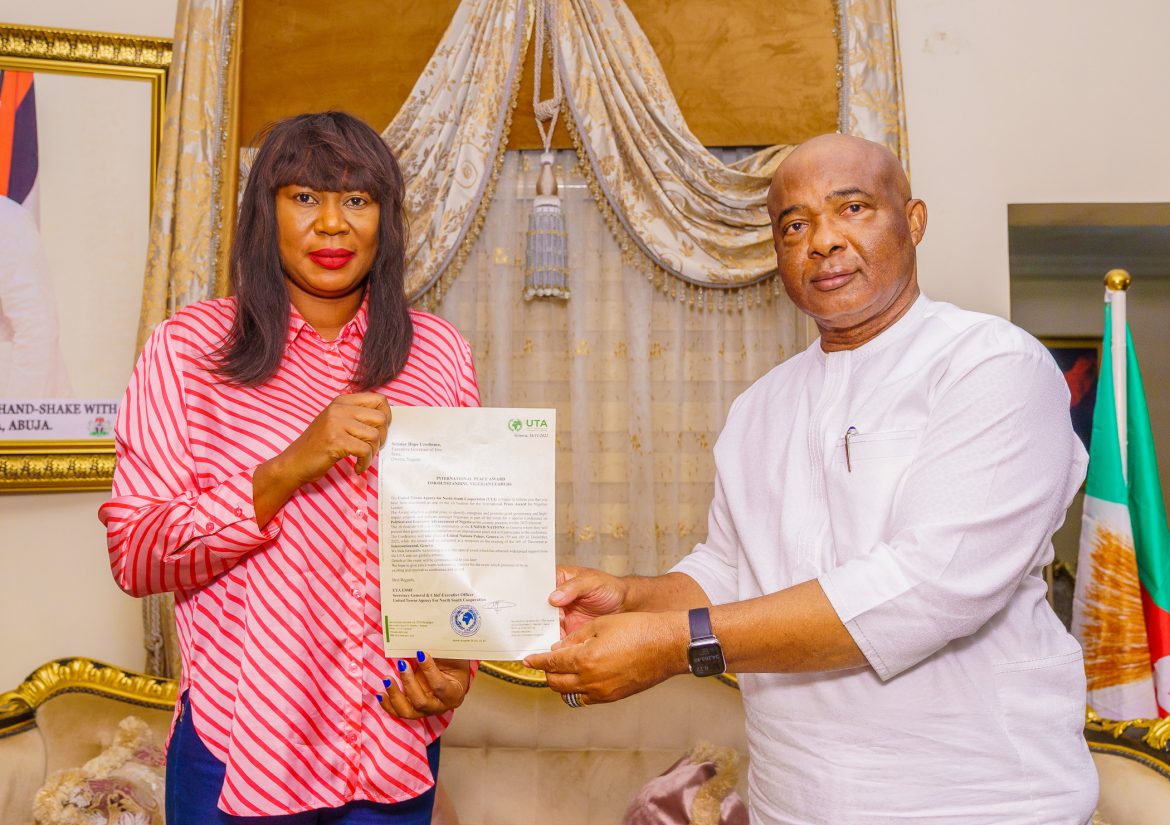 The Governor of Imo State, Senator Hope Uzodimma has promised all political parties of a level playing ground as far as campaigns towards the 2023 elections in the State are concerned.

However, he has also reminded the politicians and their parties that electioneering must be conducted within the ambits of the law.

The Governor made the promise, Sunday, December 4, 2022 while addressing the congregation at the end of Church Service at the Government House Chapel, Owerri.

While advising all political parties to go about their campaigns within legal stipulations, he assured those who want to conduct their rallies at Owerri to apply in writing to the Government for the particular facility and that approval would be given.

Governor Uzodimma identified the Admiral Ndubuisi Kanu Square for example, and assured that the facility will be available for any political party interested in using the place for campaign.

He emphasized: “All political parties, be it APC, PDP, LP, NNPP, and any other party, will have the opportunity to carry out their campaign in the same venue to avoid complaints of denial that follows such restrictions in the past. Such is the only way the Imo people will properly assess the parties’ preparedness, achievements and what they have for the people and make a well informed choice. Let them come and talk to the people about what they want to do and at the end of the day, the people will be in better position to make informed decision.”

The governor cautioned those who still believe that by burning INEC facilities they are drawing democracy back in the country to desist from such and have a rethink.

“Democracy as defined had succeeded in other countries and should be allowed to succeed in Nigeria.”

He said it is politicians who know they are going to lose election that instigate the destruction of INEC facilities and other institutions of democracy.

Earlier, the Governor had reminded Imo people on the need to prepare for this year’s yuletide as God has been gracious to Imo State and the Government, particularly if we can spare a thought about “where we are coming from in terms of insecurity and where we are now.”

He therefore encouraged all to be in good stead and high spirit “because the worst times are over and the good days are here.”

Governor Uzodimma promised that between now and December 30,  the Shared Prosperity Government will do direct empowerment for 100,000 indigent Imo indigenes which will come in form of cash disbursements and materials, “so that the economy of the State will be stimulated once more.”

He acknowledged that “God in his infinite mercy has blessed the State to overcome most of her challenges, complete most of the ongoing projects and even conceive new ones,” adding that, “we need to thank him very much.”

He also urged members of APC and his supporters not to lose hope but “to continue to tarry and never be tired.”

Sterling Refreshes Romance With The Arts At Ake Festival