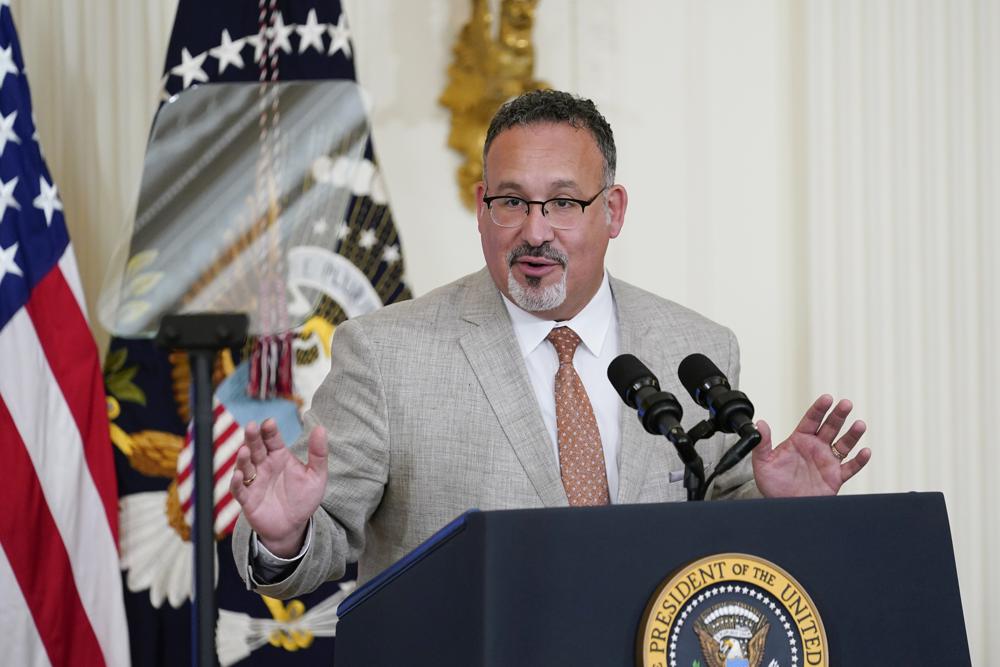 Education Secretary Miguel Cardona said Thursday that he’s ashamed the United States is “becoming desensitized to the murder of children” and that action is needed now to prevent more lives from being lost in school shootings like the one in Uvalde, Texas.

Cardona spoke at a House Education and Labor Committee hearing two days after a gunman armed with an AR-15-style rifle stormed into an elementary school and killed 19 children and two teachers. The massacre, which followed the fatal of shootings of 10 people earlier this month at a Buffalo, New York, grocery store, has revived the debate over gun control.

On Thursday, committee Chairman Bobby Scott, D-Va., opened the hearing by holding a moment of silence in memory of those who had died in Texas.

While the hearing was on the Education Department’s budget and priorities, Cardona started his testimony by addressing the shooting.

“After Columbine, after Sandy Hook, after Parkland, after each of these and other massacres, we as educators did our best to look parents in their eyes and assure them that we’ll do everything to protect their babies,” Cardona said, referencing school shootings in Colorado, Connecticut and Florida.