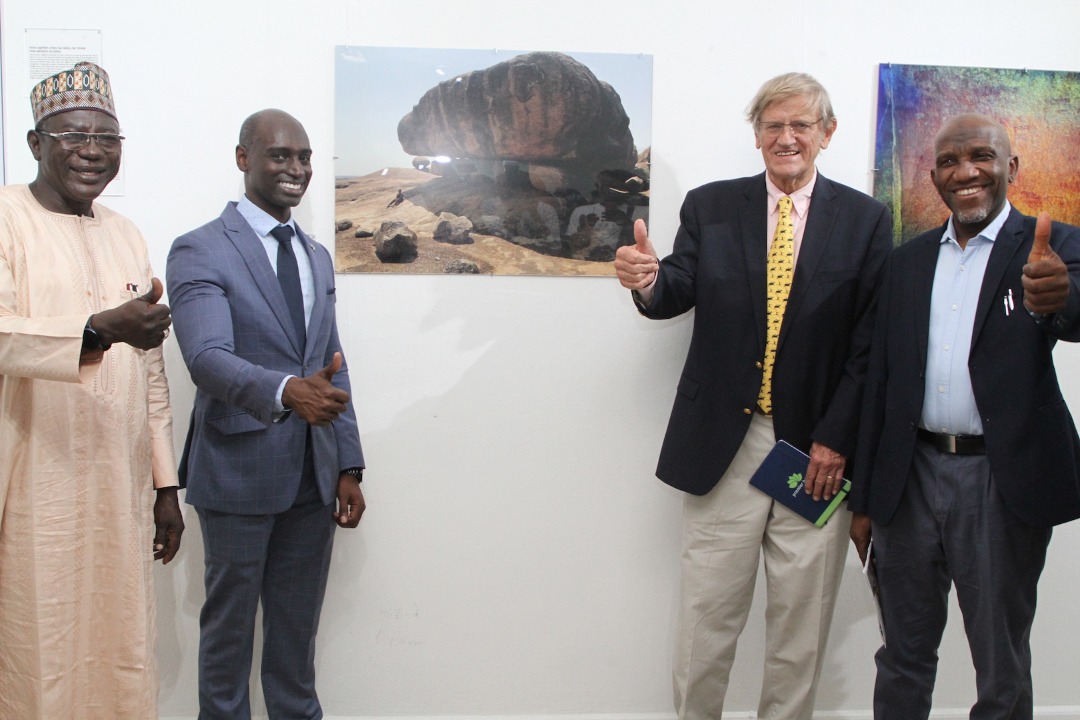 The U.S. Mission in collaboration with the National Commission for Museums and Monuments and the Trust for African Rock Art, on Thursday, launched a unique traveling exhibition, “The Ancient Rock Art of Nigeria” at the National Museum in Lagos.

Sponsored by the Ambassadors Fund for Cultural Preservation, the exhibition seeks to raise awareness of the importance of preserving Nigerian rock art — a cultural treasure at risk.

Delivering remarks during the opening of the exhibition, Acting U.S. Consul General Brandon Hudspeth highlighted the commitment and continued support of the U.S. Mission toward preserving Nigeria’s rich cultural heritage.

Hudspeth noted that the scope and depth of the various Ambassadors Fund for Cultural Preservation projects in the country have helped to strengthen collaborative efforts in the preservation of Nigeria’s cultural heritage, both for future generations and for tourism.

“I am proud to say that since the program’s inception, Nigeria has received 10 Ambassadors Fund for Cultural Preservation grants worth $1 million with projects spread across the country. This achievement shines a light on Nigeria’s historical and cultural heritage. It is also a symbol of the high regard in which the United States holds Nigerian culture,” Hudspeth added.

In his remarks, Director General, National Commission for Museums and Monuments, Professor Abba Issa Tijani, described the impact of AFCP projects across Nigerian museums.  “The U.S. Ambassadors Fund for Cultural Preservation has been yielding great results in terms of capacity building, documentation, and digitization of our rich cultural heritage. This is just the beginning. We look forward to many more productive partnerships with the U.S. government,” Tijani said.

Executive Chairman, Trust for African Rock Art, David Coulson, explained that the aim of the traveling exhibition is to engage communities living near the rock sites on the beauty of rock art as well as the perils it faces from both human and natural forces. “It is essential that we increase the involvement of community members in efforts to preserve and benefit from their rich cultural heritage,” Coulson added.

Hosted at the National Museum in Lagos, the exhibition includes monoliths from museum storage rooms that have not been on public display for decades, over 50 photographs, 3D reproductions, and thematic videos.

A key component of the project is the preservation of rock art in Cross River and Jigawa states, ensuring its conservation through proper documentation and the provision of basic infrastructure.

The National Commission for Museums and Monuments and the Trust for African Rock Art are the main partners providing expertise and leadership for the implementation of the project.

By involving Ahmadu Bello University in Zaria and the University of Calabar, the project has strengthened a national network responsible for the conservation and promotion of the ancient rock art of Nigeria.

The exhibition will be open to visitors over the next four weeks in Lagos before traveling to the National Museum in Calabar in July and the Ahmadu Bello University Zaria in September.

I will serve Nigerians with all my heart if elected president: Osinbajo