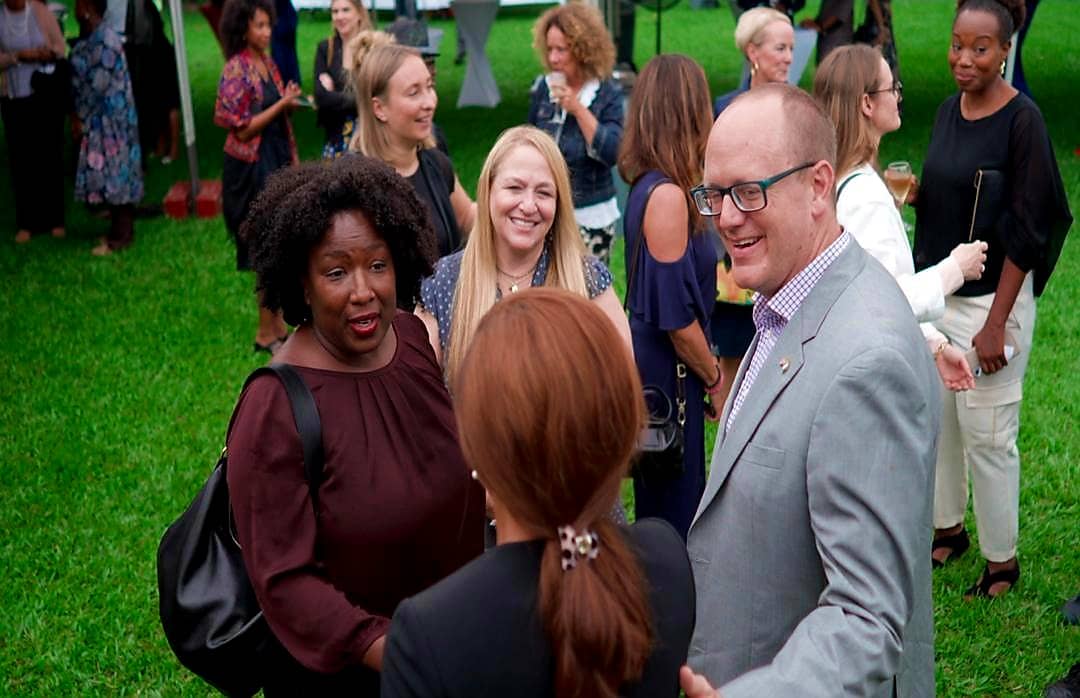 U.S. Consul General Will Stevens on Monday hosted a reception in honor of the Africa Creative Market attended by African and international artists, government officials, and arts enthusiasts.

The Africa Creative Market, which will take place in Lagos from August 29 to September 3, 2022, will bring stakeholders from the African and international creative industries together to explore and exchange innovative ideas to spur the growth of Africa’s creative economy.  The week-long program will provide training on developing and executing projects, marketing strategies, and accessing financing for budding artists in the film, music, and fashion industries.  Additionally, the African Creative Market will provide artists with networking and mentorship opportunities to help grow their careers and businesses.

The Africa Creative Market will also host the 2022 Women in Film and Television International (WIFTI) Summit that will focus on empowering women in the creative sector in particular through various capacity building workshops.

During his opening remarks, Consul General Stevens described the Africa Creative Market as a unique opportunity for emerging Nigerian creatives to connect with their U.S. counterparts and explore sustainable business models in the global creative marketplace. “The United States understands the important role that artists play in uniting peoples and cultures across the globe, and the U.S. Mission is committed to deepening the relationship between the United States and Nigeria’s entertainment industries,” Consul General Stevens said.

The Africa Creative Market is founded by Inya Lawal, an alumna of the Fortune-U.S. Department of State Global Women’s Mentoring Partnership program, in collaboration with Paramount Pictures  and WIFTI, with support from the U.S. Consulate in Lagos. To participate in the Africa Creative Market, visit https://africacreativemarketglobal.com/.