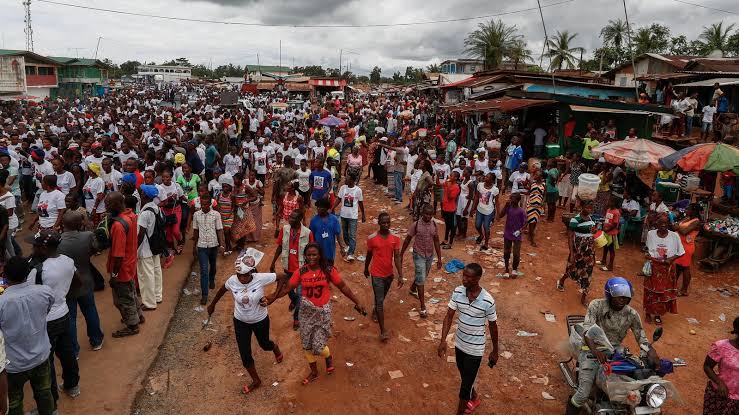 Share 0FacebookTwitterWhatsappEmail
Kindly share this story:
Two people have been confirmed dead in a stampede at the venue of a prayer service at a church located on Ewenla Street, off Ikotun-Idimu Road in Lagos.

A member who attended the prayer service hosted by Pastor Odekunle Epaphras Prayer Ministries, also known as Olorun Ojiji which holds on the third Thursday of every month says that the service usually attracts a massive crowd of worshippers.

She adds that trouble started after the crowd waiting for the second service scrambled to enter the venue immediately after the first service ended without allowing the first set of worshippers to exit the venue, leading to a stampede

Confirming the incident, the Lagos state command spokesman Benjamin Hundeyin explain that five unconscious persons were rushed to the hospital front the Scene of the stampede, three were resuscitated while two persons were confirmed dead.

Other members claim that when the church initially started to host the service at the expansive facility, it conducted only one service, it later increased the services to three as attendance grew rapidly.

The Host, Pastor Odekunle Epaphras was immediately taking into custody at the Ikotun Police Station but was later released on bail.