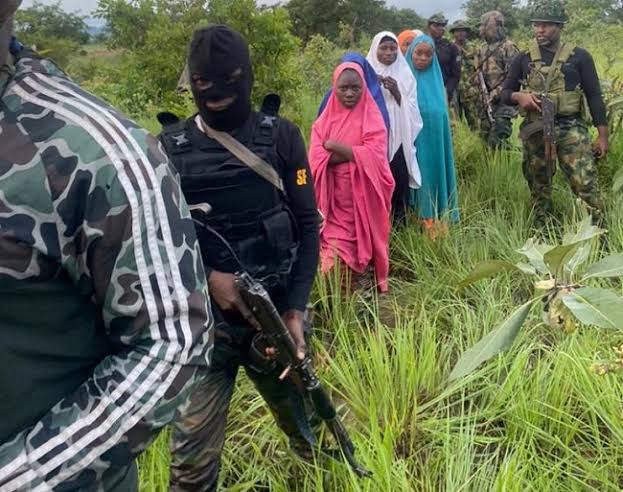 Share 0FacebookTwitterWhatsappEmail
Kindly share this story:
Following the ongoing military operation against bandits and terrorists in the northwest zone, troops of Operation Forest Sanity have raided a camp belonging to bandits at Kuriga and Manini communities, Chikun Local Government Area of Kaduna State.

During the operation early Tuesday, the troops rescued six hostages who were kidnapped by bandits at different locations.

A statement by the Kaduna state Commissioner for Internal Security and Home Affairs, Samuel Aruwan, said the troops during the operation identified bandits and terrorist enclaves within the council and successfully engaged the criminals in a gun duel.

Aruwan listed the freed persons as Sahura Hamisu, Ramlatu Umar, Saudatu Ibrahim, Maryam Shittu, Fatima Shuaibu, and Khadijah Mohammed who was kidnapped along with her baby.

The rescued persons, according to him, have been reunited with their families.

Meanwhile, the Kaduna State Government has expressed excitement about the rescue development, and also commended the government, military, police, and other security forces for the successful round of operations.

ASUU begins consultations on next move