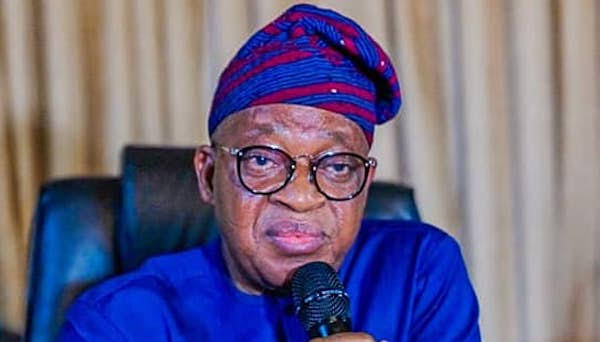 Share 0FacebookTwitterWhatsappEmail
Kindly share this story:
The All Progressives Congress in Osun State has enjoined members of the party to embark on a seven-day fasting and prayer session, starting from Friday to seek God’s favour as the Election Petition Tribunal hearing the party’s petition delivers its judgement.

The Justice Tetse Kume-led panel had concluded sitting on the petitions filed before it by ex-governor Adeboyega Oyetola and the APC challenging the victory of Senator Ademola Adeleke of the Peoples Democratic Party in the July 16, 2022 governorship poll.

The panel is expected to deliver its judgement before the end of January.

A statement by the APC Acting State Chairman, Tajudeen Lawal, who stated this in a statement obtained in Osogbo on Friday, however, said, “It was necessary for the party to resort to supplications after having effected everything legally allowed at the tribunal for the retrieval of former Governor Gboyega Oyetola’s stolen mandate in the July 16, 2022 governorship election.”

The Osun APC boss also harped on efficacy of prayers for attainment of perfection and as a potent insulation against the powers and principalities of the underworld.

Appealing to the APC members not to treat the fasting and prayers session with levity, Lawal also stated that he was convinced that the God would perform wonders in the party members’ collective request and expectations.

He also urged APC members to pray for continuous good health for Oyetola and his deputy, Bennedict Alabi, as well as, members of their families during the recommended fasting and prayer session.