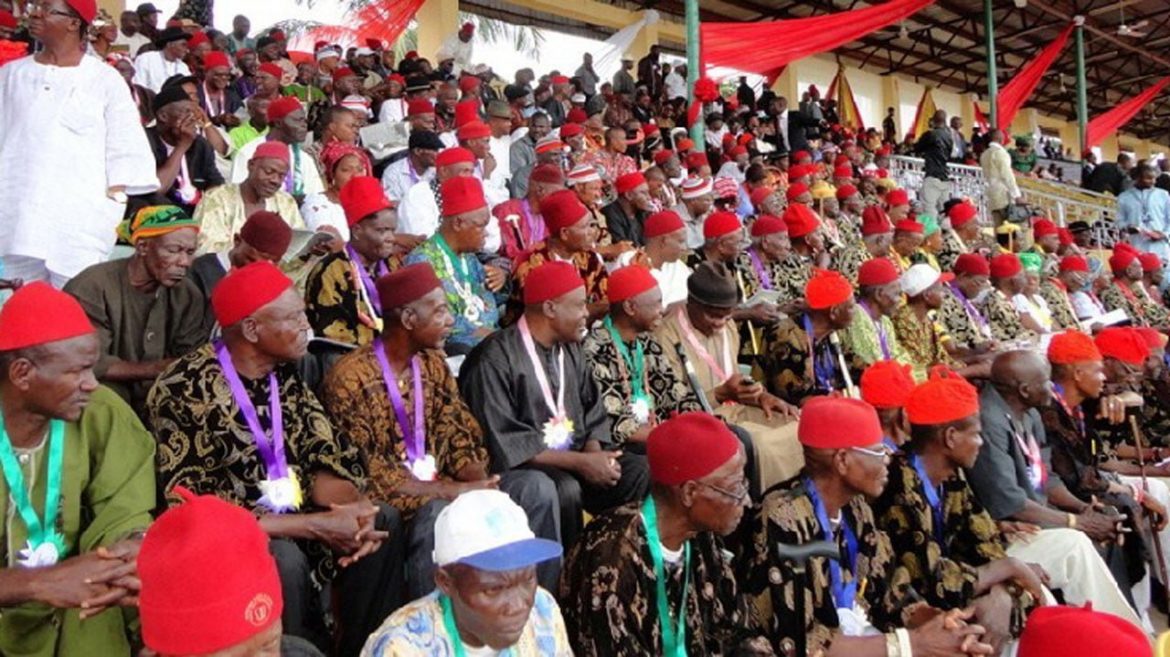 Igbo group, Ohanaeze Ndigbo says denying the South-East region Presidency will attract consequences including an increase in agitations for the independence of Biafra.

The apex Igbo socio-cultural organisation stated this in reaction to the result of the just-concluded convention of the All Progressives Congress in which former Lagos governor, Bola Tinubu emerged as the party’s presidential candidate.

A former Minister of Information, Ikeobasi Mokelu had no vote, same with former Imo State Governor, Rochas Okorocha who also had no vote.

Reacting in a statement, the Ohanaeze Secretary-General, Okechukwu Isiguzoro, warned that the refusal of the APC and the Peoples Democratic Party to give their presidential tickets to the South-East already threatens the victory of the APC at the polls come 2023.

According to the statement, the emergence of Tinubu as the party’s candidate is “a national catastrophe and calamity”.

The group however saluted all the aspirants from the South-East for their “heroic outing.”

The statement reads, “Ohanaeze Ndigbo Worldwide has applauded all APC southeast presidential hopefuls, for standing up for justice and in defence of Igbo in a corrupt process that produced Bola Ahmed Tinubu as the flag bearer of the APC.

“It was a heroic outing for southeast presidential aspirants like Dr. Ogbonnaya Onu, Senator Ken Nnamani, Senator Rochas Okorocha, Governor Dave Umahi and the boycott of Chukwuemeka Nwajiuba, whose absence was heroic.

“APC’s survival at the polls remains doubtful and the southeast presidency denial will come with consequences and will continue to strengthen the Biafra agitation.

“After due reflections and considerations, considering the just concluded Presidential primary of the All Progressives Congress (APC), Ohanaeze Ndigbo is convinced that the emergence of Senator Bola Ahmed Tinubu as the party’s flag bearer is a national catastrophe and calamity, considering the enormity of the baggage he is burdened with.

“Apart from his integrity issues and his long-running battle with the Economic and Financial Crimes Commission (EFCC) over allegations of corruption, especially his allegedly siphoning of Lagos state funds through phoney companies such as Beta Sigma, long after leaving office as Governor.

“Again, during the 2019 Elections, bullion vans bearing raw cash were sighted in his Bourdillon, Ikoyi, Lagos residence, ostensibly for financial inducement and corruption of the electoral process. Again, his identity, age, and academic records are shrouded in controversy.

“To worsen an already terrible situation, Tinubu is sick. Even during the APC primary, he needed the support of nearby security personnel so as not to fall flat while trying to stand up and his hands were shaking terribly

“Ohanaeze Ndigbo salutes Igbo Presidential aspirants in both the APC and the PDP for standing firm to the end, in the face of utter betrayal by both parties.

“Indeed, the usually calm Dr. Ogbonnaya Onu appropriately captured the mood of Ndigbo, especially the South East when he asked a very pertinent question while speaking at the APC primary, “Where is the Justice?”.

“For the avoidance of doubt, the 2023 Presidential Election shall make or mar Nigeria, if Nigerians fail to rise above ethno-religious sentiments to “Take back Nigeria” from the vicious grip of the kleptomaniac politicians.

“Finally, the accounts for the sudden surge in the number of new registrants in the ongoing Continuous Voters Registration (CVR) being conducted by the Independent National Electoral Commission (INEC) is enough evidence of the expected political tsunami that will be sweeping Nigeria’s political space in 2023, as the youths organize themselves at great personal costs and sacrifices, to prove that their super firepower on social media can be converted to real votes through their PVCs, to salvage their beloved country, Nigeria.”