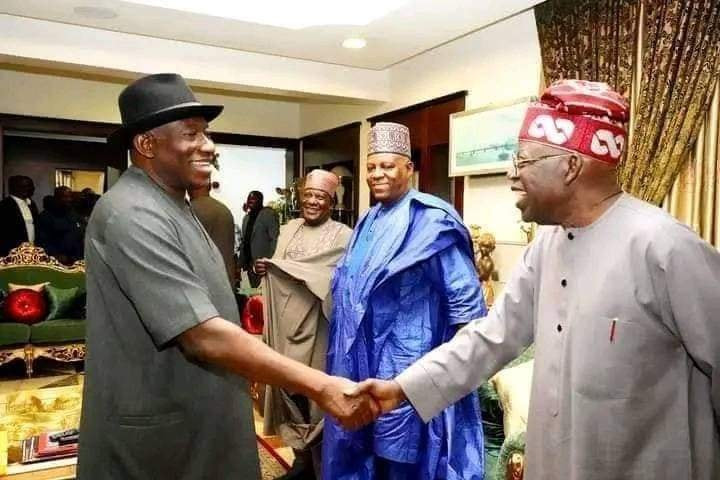 Ex-aide to former President Goodluck Jonathan, Reno Omokri, reacted to the visit of the All Progressives Congress presidential candidate, Bola Tinubu, to the former President.

Reacting and sharing pictures from the visit on Wednesday, Omokri hailed Jonathan’s composure amid what he described as attacks on him by Tinubu from 2010 to 2015, saying the ex-President never bore a grudge despite this.

He described Jonathan as the best leader Nigeria had.

The meeting, which was held behind closed doors in Jonathan’s residence, was in continuation of Tinubu’s nationwide consultation with critical stakeholders

While the details of the meeting was not made public, a source in Tinubu’s camp told our correspondent that the visit was an extension of the APC national leader’s consultation with major stakeholders in the polity ahead of the 2023 presidential election.