…where the playing field is levelled
© 2022 | FREEDOM POST- All Right Reserved
Home » Tinubu has been good to the Arewa Community in Lagos, it’s time to repay him- Arch. Kabiru
FaithPolitics 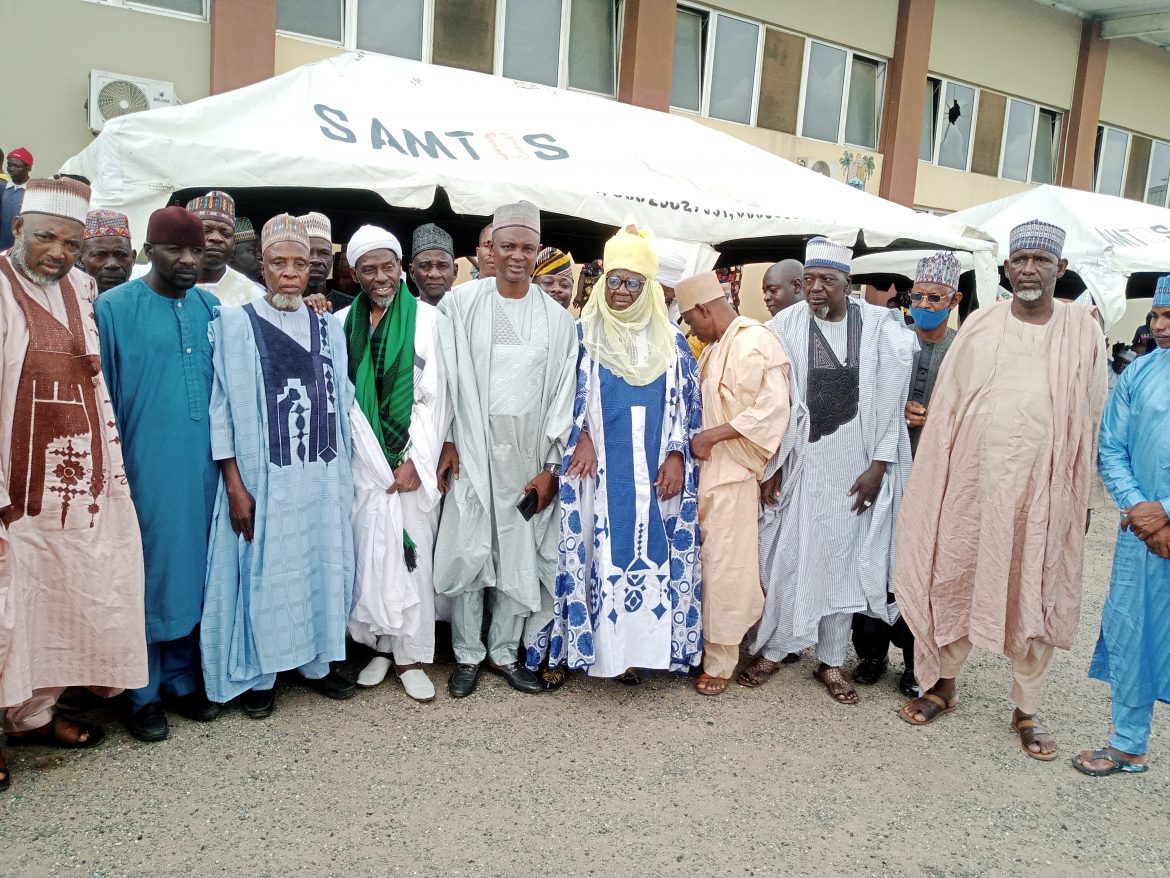 Share 1FacebookTwitterWhatsappEmail
Kindly share this story:
A leader of Arewa Community in Lagos and the Lagos State Commissioner for Waterfront Infrastructure Development, Arch.  Ahmed Kabiru Abdullahi has called on all the Arewa Community in Lagos to reciprocate the presidential candidate of the All Progressives Congress (APC), Bola Ahmed Tinubu with massive votes in the 2023 general elections to repay him for his goodness towards them.
Arch. Kabiru was speaking with journalists on Saturday after a special prayer session organised for the former governor of Lagos State and the incumbent governor, Mr Babajide Sanwo-Olu as the nation prepares for next year general elections.
The commissioner for Waterfront, Infrastructure Development, quoting from the Holy Quran said, “anyone who has done good to you must be reciprocated with good also”.
“It was a national prayer, we believe it is Allah that gives power, that is why about 10,000 of us converge here today, we distributed copies of the Holy Quran, recited the Quran and pray to Almighty Allah to grant our leader, Asiwaju Bola Ahmed Tinubu his  heart desire of becoming the next president of the federal republic of Nigeria.
“Beyond this spiritual approach, we are carrying out mobilisation to ensure our people come out en mas to vote not just Bola Ahmed Tinubu but all the candidates of the APC in the next general elections.
“You can see the mammoth crowd here today. This is an indication of the readiness of the Arewa Community in Lagos to give Senator Asiwaju the kind of votes we have never given him before.
“We started out during the voters registration excercise, we mobilised our people to go and register, we are satisfied with the level of compliance by our people, this shows readiness to support Bola Ahmed Tinubu and his running mate.
“We are also mobilizing support for our own, the governor of Lagos State, Mr Babajide Sanwo-Olu for his second term in office. We also prayed for him, yes, he is a Christian, but he is a friend of the Muslim community, he loves us and we also love him and we will stand by him.
“Don’t also forget that Arewa Community cut across all the South – western states. The prayers we did here today is going to be replicated in all other states, including the northern states, so, this is just the beginning.
“My message to the Arewa Community generally is that we should borrow a leaf from the Holy Quran, he that does well to you, you have to repay him back with good. Asiwaju has done so much for us that we cannot count, we went round all the states, we met the political I owe you everywhere.
“Asiwaju is our father and also the grand patron of the Arewa Community, a position he has held since he was the governor and he has not relinquished that position. Anytime we have any issue in Lagos , we rush to him. Asiwaju we want this, we want that, and he has been doing it for us, so we are coming out passionately for him.
Some of the Hausa community leaders, Serikis and Ulama who grazed the occasion also lent their voices to the issue of support for the presidential candidate of the APC.
Speaking with journalists, Seriki Hausawa of Idi-Araba, Alhaji Hasan Abubakar said, “As northerners here in Lagos, we can see what Asiwaju is doing for us the Hausa community, Asiwaju is a totally detribalised leader.
“I am from Jigawa state, if my children are going to primary and secondary schools in Jigawa, they will have to pay school fees, but here in Lagos, we don’t have to pay school fees to get the best education for our children.
“It is only Asiwaju in the entire southern states that will think of making an Hausa man a Commissioner in Lagos State. There was a time he appointed Hausas as supervisory councilors in all the Local Government Areas (LGAs) in the state,  not only that, how many can we count of his goodness towards us, this is the kind of person we want as president and we must support him”, he said

“We have been enjoyed by the Holy Quran to be good to he who is good to us. There was a time in this Lagos when they said they gave all the northerners 24 hours to pack their loads and leave. It was Asiwaju that said no way, we should stay and continue with our businesses, he fought for us and within a week, there was normalcy. He ensures we live in peace and harmony with our host community.
“We pray that God will grant his heart desire, he will be in good health as he become the president of this country by the special grace of God”, the Chief Imam.
Kindly share this story:
Share 1 FacebookTwitterWhatsappEmail
previous post

Just In: Edwards knocks out Kamaru Usman at UFC 278