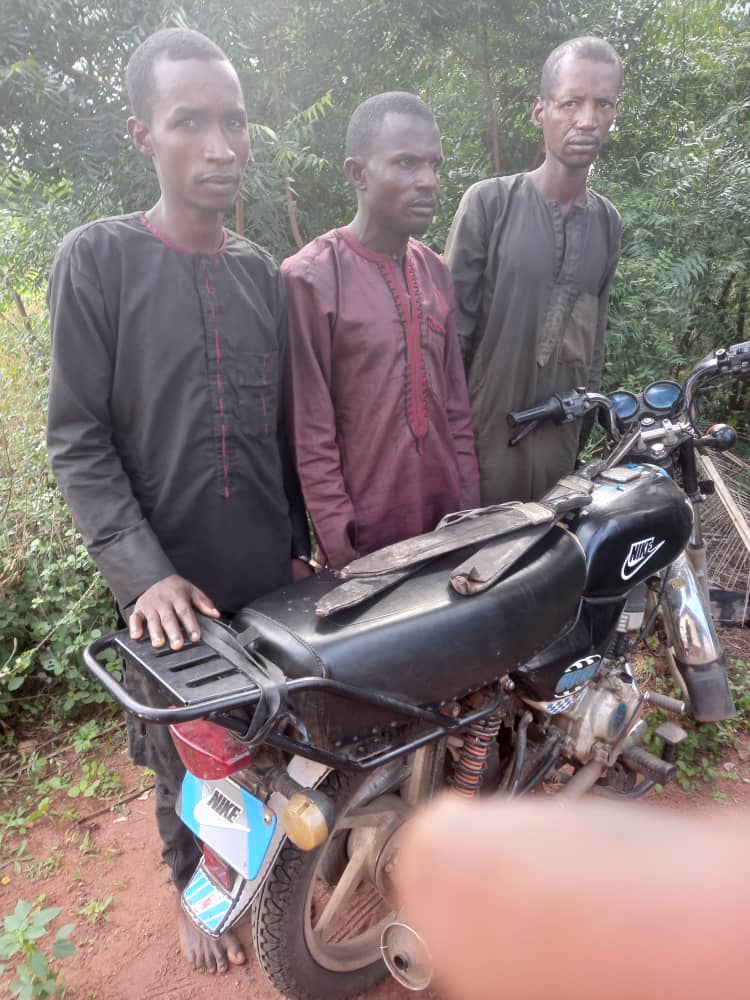 Operatives of Ogun state Police Command on the 29th of August 2022 arrested three suspected kidnappers at a forest along Imeko- Iwoye ketu road and rescued three victims of their kidnap operation unhurt.

The suspects, Aliu Abubakar 29 yrs, Umaru Tukur 24 years and Yau Isah 25 years, were arrested following a distress call received by policemen at Imeko divisional headquarters that, kidnappers numbering about 8, armed with dangerous weapons blocked Termac/ Iwoye road and shooting sporadically. The information revealed further that the hoodlums had injured the duo of Bode Ogunleye and Muhammad Basa, while the trio of Alhaji Fatai Abdulsalam, Alhaji Dauda Orelope and Alhaji Rafiu Isah were abducted by the same group.

Upon the receipt of the distress call, the DPO Imeko division, mobilized his men in conjunction with men of Amotekun corps, So safe corps, Hunters, Vigilantes as well as Fulani/Yoruba youths and stormed the forest in search of the victims and their abductors. Due to the intense pressure, the kidnappers abandoned their victims and took to flight leaving an unregistered Bajaj motorcycle behind at their hideout in the forest.

The victims were rescued unhurt, while the security operatives continued combing the bush which led to the discovery of the three amongst the suspects where they were hiding in the forest.
When they were searched, the key to the abandoned motorcycle at the scene of the kidnap was recovered in the pocket of one of them along with three cutlasses.

Meanwhile, the Commissioner of Police, CP Lanre Bankole, has ordered the immediate transfer of the suspects to anti kidnapping section of the state Criminal investigation Departments for discreet investigation.

Our doors are opened for business, Sanwo-Olu to American investors