…where the playing field is levelled
© 2022 | FREEDOM POST- All Right Reserved
Home » Three brothers, one other arrested for robbery in Ijebu Ode
Crime & Judiciary

Three brothers, one other arrested for robbery in Ijebu Ode 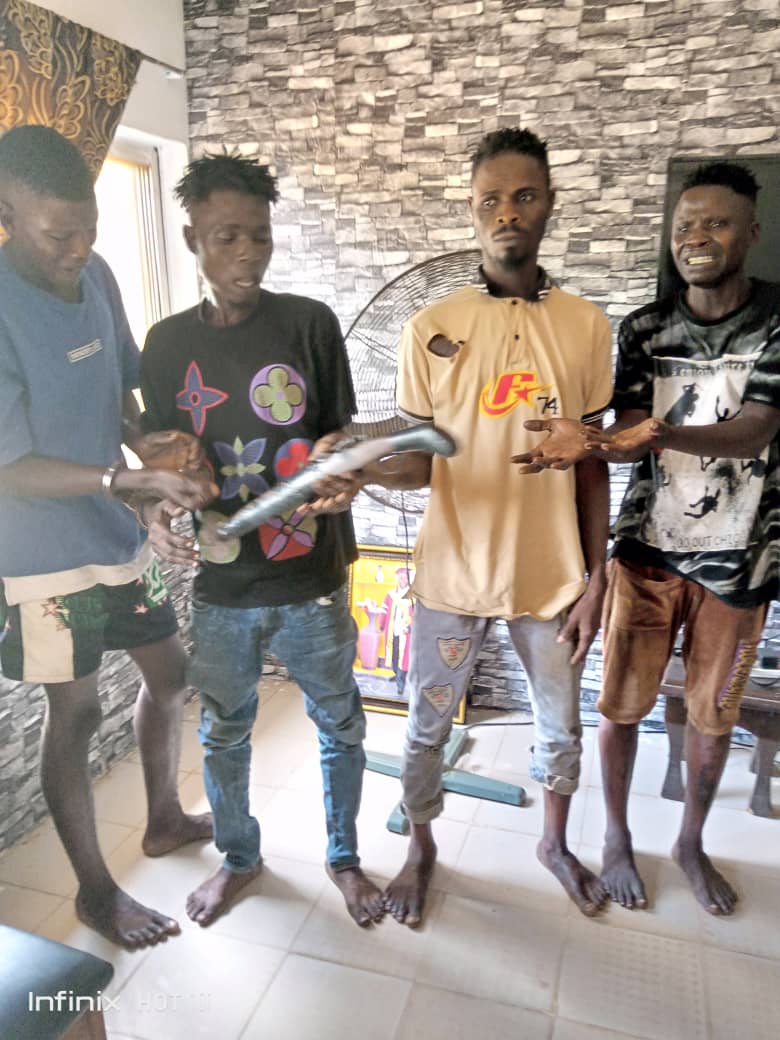 Operatives of Ogun state Police Command have arrested three brothers and one other for carrying out series of robbery operation in ijebu ode area of Ogun state.

The suspects, Hammed Jagbojagbo, Idris Jagbojagbo , Tobi Jagbojagbo and Tosin Ogundeko were arrested following a distress call received at Igbeba divisional headquarters that armed robbers have invaded the shop of a premier lotto agent at Odi olowo area of Ijebu Ode and robbed the agent of #90000 . The robbers also snatched a bajaj motorcycle belonging to one Clement Conleth.
Upon the distress call, the DPO Igbeba division, CSP Musiliu Doga quickly led his patrol team to the scene, gave the robbers a hot chase and succeeded in arresting one of them by name Tosin Ogundeko from whom the Bajaj motorcycle was recovered.

The arrested Tosin Ogundeko subsequently led detectives to their hideout in Epe Lagos state where the remaining three were apprehended, while one of them simply identified as Tosin a.k.a socket escaped.

On interrogation, the suspects confessed been responsible for various motorcycle snatching operations in ijebu ode and its environs. They confessed further that they all based in Epe but chose ijebu ode as their area of operation.
Recovered from them are one cut to size locally made gun and one Bajaj motorcycle.

Meanwhile, the Commissioner of Police, CP Lanre Bankole has ordered the immediate transfer of the suspects to State Criminal Investigation Departments for discreet investigation. He also directed a massive manhunt for the fleeing member of the gang.