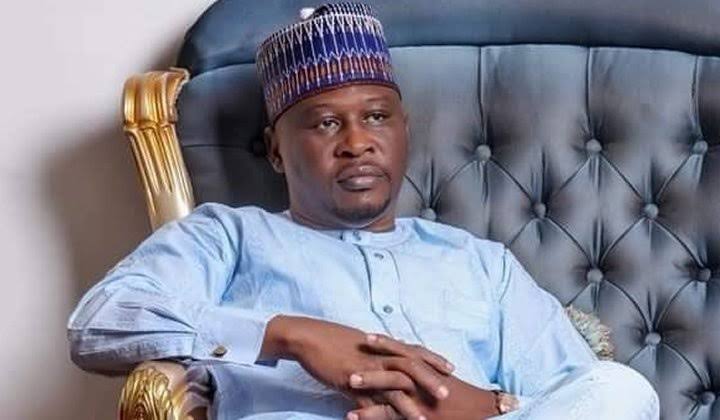 Fintiri, who arrived at the Yola International Airport on Saturday via Max Air, told journalists about his new assignment while answering questions on whether the PDP’s internal crisis was not capable of hurting the party’s electoral chances in 2023.

The governor said he had been made the chairman of the reconciliation committee set up by Atiku to resolve his feud with Wike.

Fintiri, who stated that he was the right man for the assignment, said with God’s help he could broker a truce between Atiku and the Rivers governor, who came second in the PDP’s presidential primary. This was after he had joked that with his bromance with Wike and Atiku, he was in a good stead to help resolve the rift between the two politicians, saying, “I am an embodiment of both men.”

He gave an assurance that the crisis rocking the party would be resolved amicably before the general elections next year.

While acknowledging the enormity of the task at hand, he stated that there were encouraging signs that the committee would succeed in brokering a peace deal following his first meeting with Wike.

Fintiri explained that his Rivers State counterpart had made substantial investment in the party to let it all go to waste if he refuses to back Atiku for the poll.

He said, “Who are his friends in the APC? Are you telling me that those who are now romancing Wike love him? I can assure you that with God, the party will put its house in order before the 2023 elections. Even Wike knows that he has been by far the biggest investor in the party; can he now walk away from all of his investment? We recognise that he loves his people and I can assure you that he will have a fair deal if it comes to that; we just need to put the crisis behind us.”

The PDP has been in crisis since Atiku settled for Delta State Governor, Dr Ifeanyi Okowa, as his running mate.

The preference of Okowa irked Wike, who vowed to seek a fair deal for his people, and since that pronouncement, all has not been well with the party with many insinuating that the Rivers governor’s actions showing that of a man on his way out of the PDP.

But Fintiri is optimistic of the party’s flag bearer clinching the presidency in 2023, adding that with interactions and understanding, the impasse would soon be resolved and the party re-united.

Meanwhile, a chieftain of the PDP, Prof. Jerry Gana, said Wike was not challenging the outcome of the party’s presidential primary.

Gana, who is also a member of the Board of Trustees of the party, said this in a statement he issued to newsmen in Abuja.

“Our attention has been drawn to some fake news, making it necessary to issue this firm statement.

“News in the media that Wike has commenced legal proceedings challenging the outcome of the 2022 PDP presidential primary is totally false.

“We unequivocally state that Wike has not and will not challenge the outcome of the just concluded PDP Presidential Primaries in court,” he said.