…where the playing field is levelled
© 2022 | FREEDOM POST- All Right Reserved
Home » The “conscription” of ASUU back to classroom by the industrial court is silly, dangerous and anti-workers – Adeola Soetan
Education

The “conscription” of ASUU back to classroom by the industrial court is silly, dangerous and anti-workers – Adeola Soetan 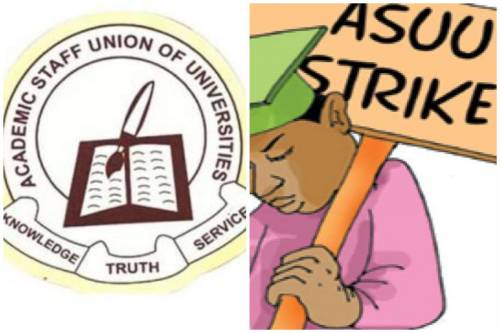 It’s a face-saving and face-shaming temporary escape route for an irresponsible, insensitive and irresponsive government that failed to reasonably employ alternative dispute resolution to resolve the lingering crisis that it unleashed on the nation for its notoriety to fulfil promises and honour voluntarily signed agreements.

Teaching is physical, psychological, and emotional with interest and passion. When one or more of these traits is lacking, no proper teaching and knowledge impartation will take place. When you force teachers back to teach on the basis of a court order as the National Industrial Court has done by forcing ASUU to resume duty without the government’s resolution of the reasons for the over seven months strike, it is a show of reckless tactical use of force by the government through the pliable judiciary.

The court order is like forcing a disgruntled wife, raped and battered back to her irresponsible, foolish, extravagant, wife battering, power-drunk, promised and failed husband without resolving the causes of the perennial conflict. The outcome is predictable.

That it takes over seven months of strike by lecturers, street protests by students and mass anger by parents and the general public before the government goes to court after setting up panels shows, ab initio, it was a grand deception to waste the time of lecturers and students, paint them black since it knew the panel’s recommendations wouldn’t be accepted by it.

It’s not a victory for the government but a deepening of the crisis and contradictions in our university system. No court or government can decree peace without justice and in this NIC’s order of injunction on ASUU, it’s clear justice has not been served.

It’s not new for Labour Unions to defy such hollow orders of industrial courts in Nigeria, it’s a question of balance of forces in a class struggle in which the industrial courts and conventional courts by their pro-government bourgeois class orientation take a stand against the people. In the past, NLC defied such orders under the military, Oshiomole led NLC rightfully defied it when the workers were on the streets against the removal of oil subsidy and other anti-labour policies of previous anti-workers civilian governments.

So, no one should be intimidated or be blackmailed for defying any “conceptual routine gunpoint legality” if the congress of ASUU defies the order of the court and proceed on its next multi-perspective steps of action.

It’s a bad precedent to use the court to stop workers’ strikes and mass movements. It should be condemned by all discerning people. If not, irresponsible anti-worker governors and other employers of labour who are owning salaries or are in dispute on other issues with workers will always rush to the next available industrial court to obtain even a midnight “kiakia” injunction to stop workers’ strike.

I stand with ASUU.

Why Eke Ututu was burnt, by Uzodimma