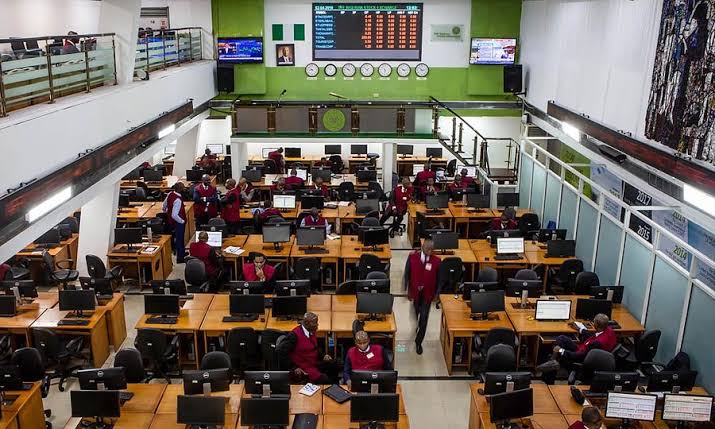 Investors lost N571bn at the end of trading on the floor of the Nigerian Exchange Limited last week.

The NGX All-Share Index and market capitalisation of equities listed on the NGX depreciated by 2.09 per cent to close at 49,664.07 and N26.787tn last week.

All other indices finished lower with the exception of The NGX Insurance, NGX Consumer Goods and NGX Growth Indices which appreciated by 6.00 per cent, 3.00 per cent and 1.56 per cent while, The NGX ASeM index closed flat.

According to the NGX, 33 equities appreciated in price during the week, lower than 41 equities in the previous week.

The NGX weekly market report showed a total turnover of 1.511 billion shares worth N13.547bn in 20,074 deals was traded last week by investors on the floor of the Exchange, in contrast to a total of 705.636 million shares valued at N12.850bn that exchanged hands in previous week in 22,124 deals.

The Financial Services Industry (measured by volume) led the activity chart with 680.202 million shares valued at N4.672bn traded in 9,230 deals; thus contributing 45.02 per cent and 34.48 per cent to the total equity turnover volume and value respectively.

The Services Industry followed with 499.178 million shares worth N3.407bn in 866 deals. The third place was the ICT Industry, with a turnover of 113.804 million shares worth N2.246bn in 2,083 deals. Trading in the top three equities namely Capital Hotel Plc, FBN Holdings Plc and Jaiz Bank Plc (measured by volume) accounted for 763.836 million shares worth N5.130bn in 1,025 deals, contributing 50.55 per cent and 37.87 per cent to the total equity turnover volume and value respectively.