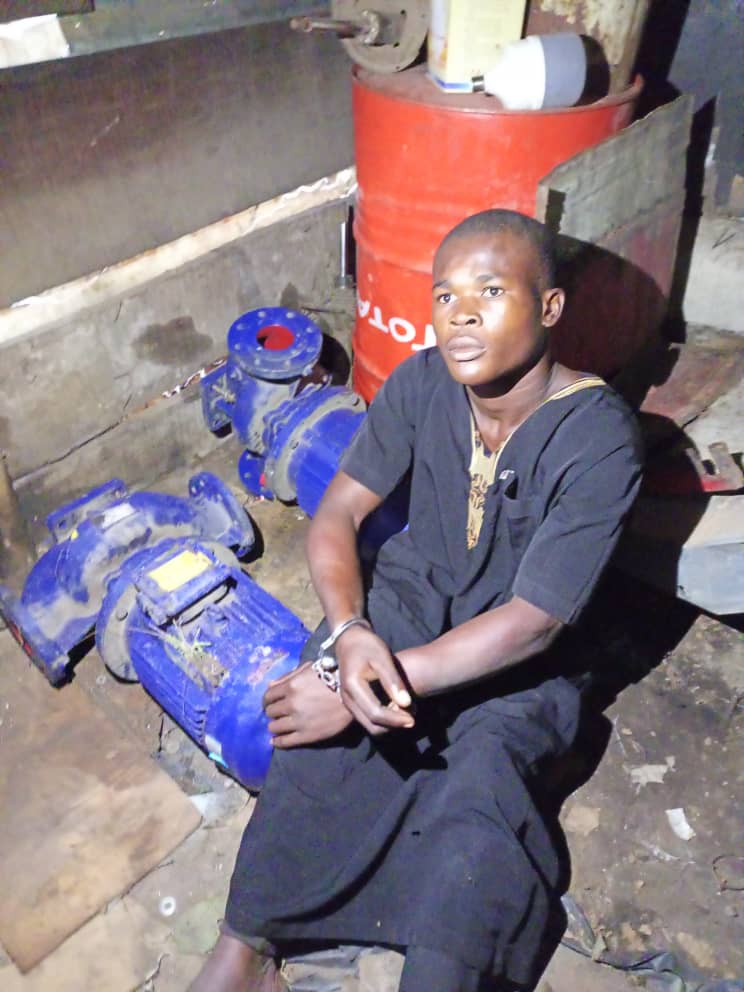 The operatives of the Ogun State Community, Social Orientation and Safety Corps (So-Safe Corps) assigned to patrol Ayetoro Village in Obafemi Owode Local Government Area on Wednesday, 12th October, 2022 at about 0300hrs apprehended a robbery suspect who burgled a company premises in the area.

According to the press release issued from the office of the State Commander of the agency, Commander (Dr) Soji Ganzallo through the Director of Information and Public Relations of the agency, Assistant Commander Moruf Yusuf said that ‘the robbery suspect identified as Onyekachi Mbamlu, 28 years old was caught after he burgled into the Dany Rossy Company premises at the said Ayetoro Village’.

Ganzallo further revealed that the items stolen from the company by the suspects are two Industrial Pumping Machines.

Similarly, Ganzallo also noted that the Divisional Officer of Lotto, SC Adeboye Adeyeri was charged to lead another team to the village and to ensure the rest culprits at large are apprehended.

The suspect and the exhibit – two Industrial Pumping Machine- recovered had been transfered to the Nigeria Police, MOWE Divisional Headquarter for further investigation and likely prosecution.