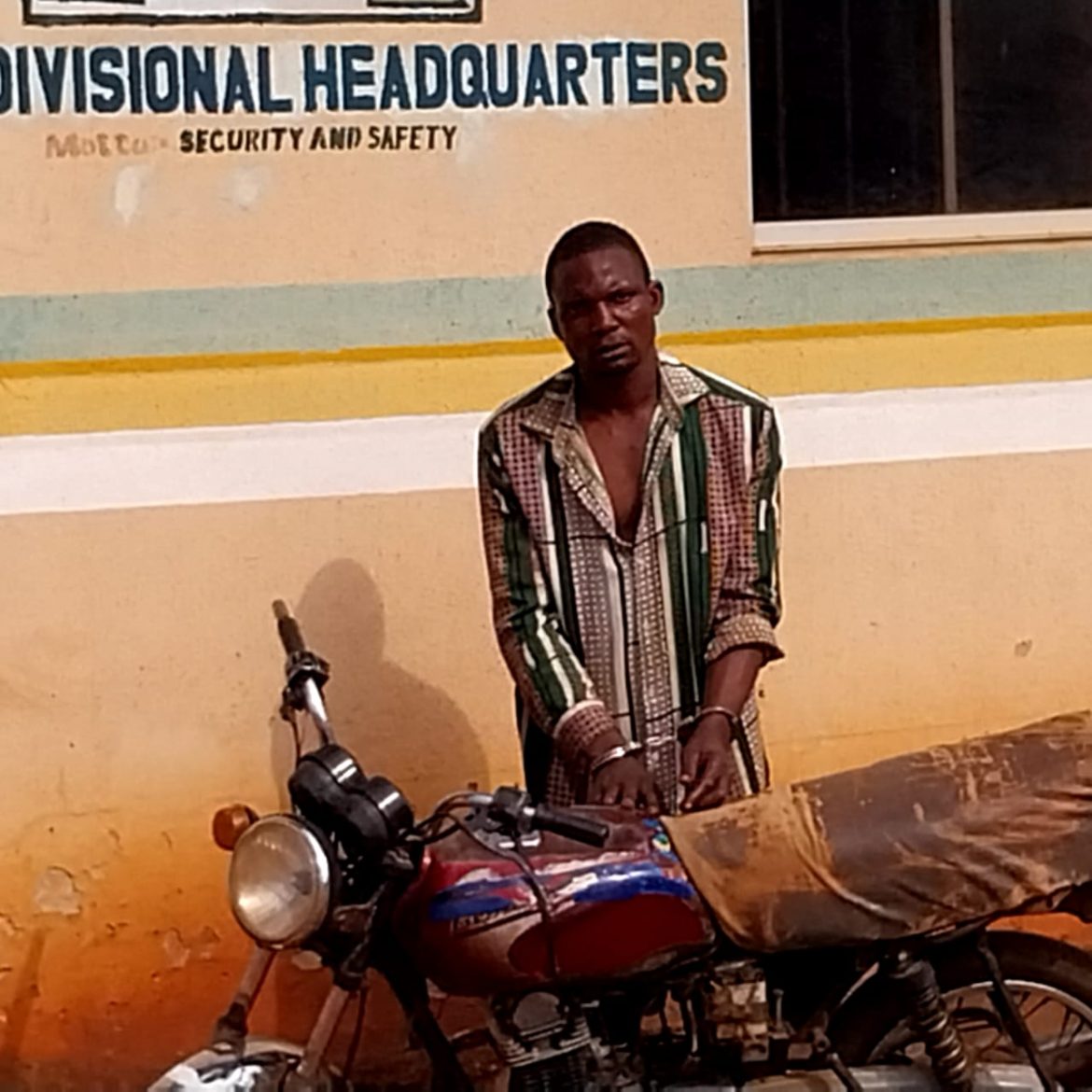 The apprehended robbery suspect confessed to the Corps patrol team that he is a union worker by profession and a resident of Alagbon in Owode, Yewa South Local Government.

According to a press release which was issued from the office of the State Commander of the Corps, Commander (Dr) Soji Ganzallo, through the office of the Director of Information and Public Relations of the Corps, Assistant Commander Moruf Yusuf, it was said that the suspect, Timileyin Abayomi, broke into Mr Taiwo Joseph’s compound in ldaba, llashe and he went straight to the kitchen and and stole a motorcycle.

Ganzallo noted that the So-Safe Corps Patrol Team, under the eagle eye of CSC Abdurazak Abdulkareem, were alerted about the act committed on this faithful day and the suspect was chased and apprehended while he tried to escape by running into a neighbour’s compound, broke a ceiling, entered through it, then jumped into a room, where he was eventually arrested.

The suspect and the recovered motorcycle had been handed over to the Nigeria Police Force, Idiroko Divisional Headquarters for further investigation and likely prosecution.