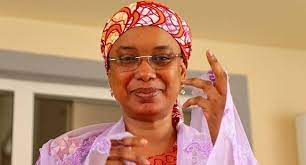 Senator Aishatu Binani has emerged as the winner of the All Progressives Congress (APC) governorship primary poll in Adamawa State. She beat five other contenders, all men, to clinch the ticket.

The Chairman of the APC Adamawa State Electoral Committee, Gambo Lawal, announced the result on Friday.

According to the Presiding Officer for the poll, she scored 430 votes to defeat her closest rival and a former Chairman of the Economic and Financial Crimes Commission (EFCC), Nuhu Ribadu, who got 288 votes.

Other contestants in the race were the immediate past governor of the state, Jibrilla Bindow; a House of Representatives member, Abdulrazak Namdas; Wafari Theman, and Umar Mustapha.

The former governor came third with 103 votes. A further breakdown of the result showed that Namdas had 94 votes, Theman 21 votes, and Umar Mustapha scored 39 votes. The exercise recorded 36 invalid votes.