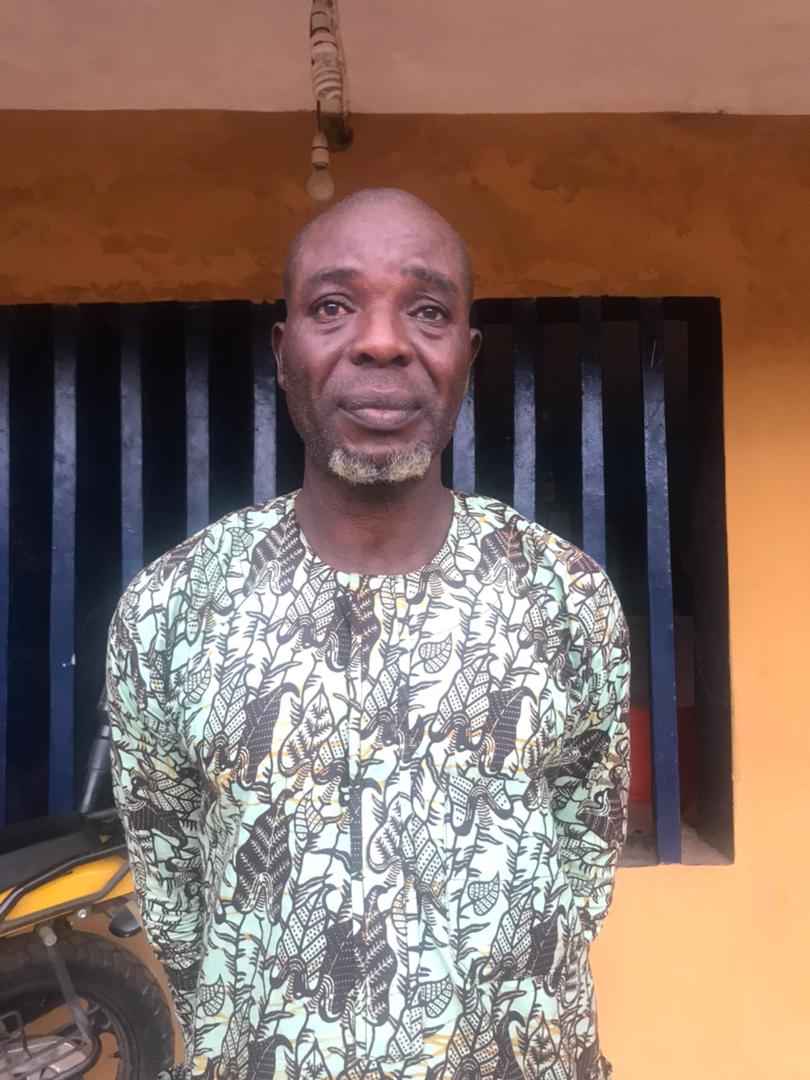 A self acclaimed PCRC member, Alhaji Musa Araokanmi has been arrested by men of Ogun state Police Command for collecting the sum of one million four hundred thousand naira from one Halimot Olorunlomeru under the pretence that he will assist her to get auctioned car and motorcycles from the police auction sales.

The suspect was arrested following a complaint lodged at Ago Iwoye divisional headquarters by the victim, who reported that the suspect introduced himself to her as a member of Police CommunityRelations Committee(PCRC),and that he is in charge of Police auction sales.

She stated further that the suspect advised her to deposit the sum of #1.4 million with him to get a very good car and motorcycles from Police auction sales. Since he collected the said amount on June 2020, he has been on the run and efforts to locate him proved abortive, until he was recently sighted in Ago iwoye.

On the strength of the complaint, the DPO Ago iwoye division, SP Noah Adekanye detailed his detectives to the scene where the suspect was arrested.

Preliminary investigation revealed that the suspect has never been a member of PCRC anywhere in Ogun state as he claimed. He has also confessed to the commission of the crime.
Meanwhile, the Commissioner of Police, CP Lanre Bankole, has directed an in- depth investigation into the suspect’s past activities, with the view to arraign him in court as soon as possible.