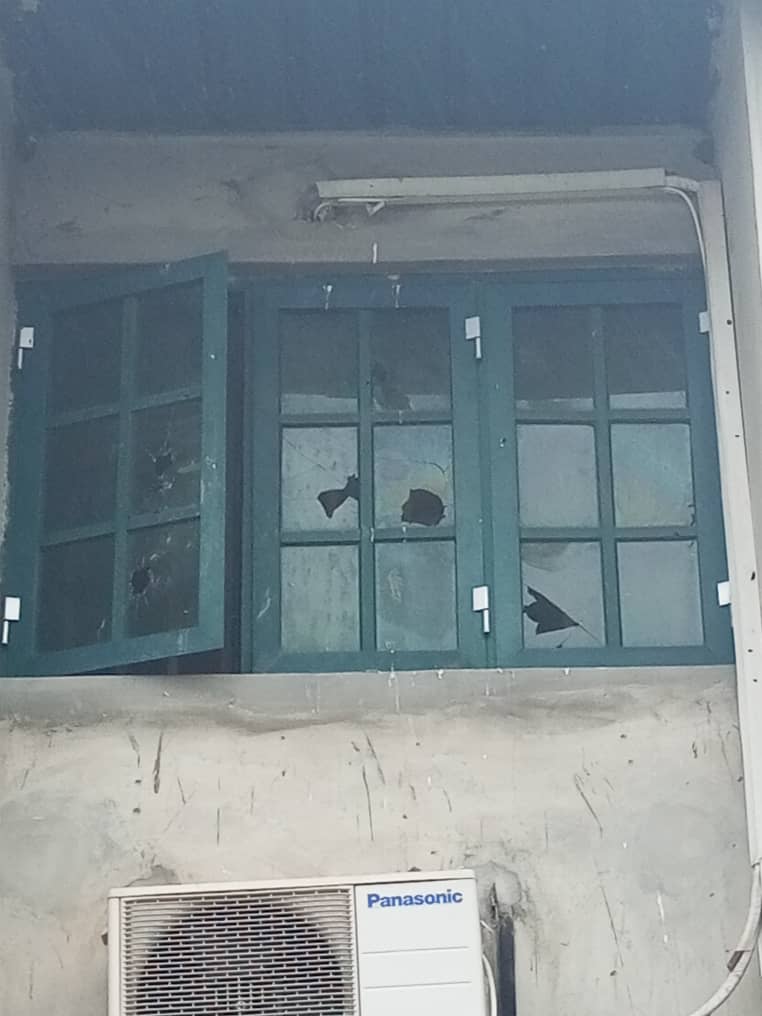 The candidate of the Labour Party in the July 16 Osun State governorship poll, Mr. Lasun Yusuff, on Monday, accused supporters of Governor Adegboyega Oyetola of attacking his residence in Ilobu.

It was gathered that some yet to be identified people reportedly attacked Yusuf’s house around 1 am on Monday and shot at the building, damaging some aluminum windows on its upper floor, but no casualty was recorded.

Giving accounts of how the attack happened at a programme on Rave FM, Osogbo, Yusuff said the gunmen came around 1 am and shot at the building with the intent to kill, adding that evidence that Oyetola’s supporters attacked his house was with the police.

“My life is in danger and when life is in danger, no allegation is strong. I never attacked anybody, my belief is that I want to govern the Osun people and I should tell them what I have in mind. And I have told them in three debates. I was a member of the House of Representatives, I was a Deputy Speaker and people saw what I did.

“They came to my house. Part of the evidence is with the police. The attack started around 1 am and lasted for about 20 minutes.

“Fortunately, my security men were on ground. So it was not a reported speech. The police actually witnessed everything.”