Sanwo-Olu wins the Sun’s Governor of The Year 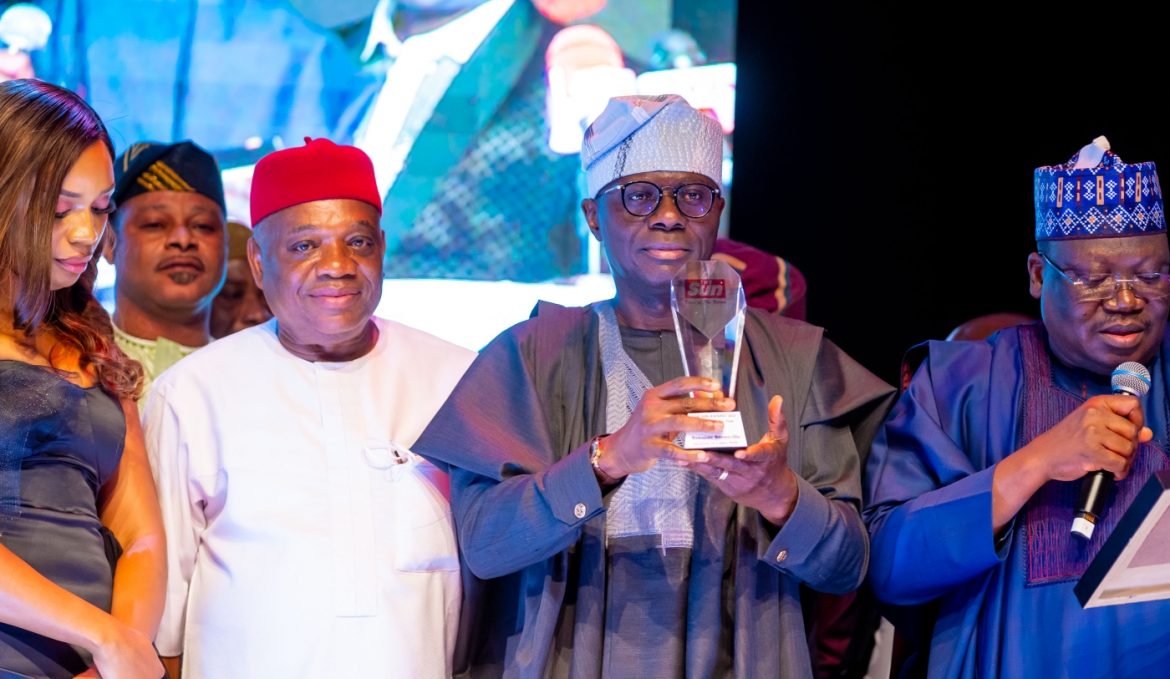 The strides being recorded from the strategic implementation of the development blueprint of the Governor Babajide Sanwo-Olu administration in Lagos State, known as THEMES agenda, have, again, been acknowledged with an institutional award.

The Sun, a foremost national newspaper, at the weekend, named Sanwo-Olu as its “2021 Governor of the Year” for the transformation being achieved in the areas of public infrastructure, education, housing and public health care, among others.

The Lagos helmsman shared the prize with his counterparts from Bauchi and Imo states, Governors Bala Mohammed and Hope Uzodimma, who was also recognised for transformational governance initiated in their respective domains.

The awarding institution noted that Sanwo-Olu’s nomination for the prize followed the Governor’s commitment to regenerate the Lagos landscape and scale up public infrastructure to address evolving challenges observed in the socio-economic environment, especially in the transportation sector.

Being a coastal city constantly struggling with deficiency of land and traffic congestion occasioned by increasing population, The Sun newspaper said Lagos required continued efforts by the Government to provide and upgrade infrastructure to cope with evolving challenges.

Sanwo-Olu, the media group said, has been action-oriented, focusing his energy on bringing solutions that have aided the growth of the State’s economy and improved people’s welfare.

The newspaper said: “Three years down the line, Lagos residents can carry their shoulders high for giving their mandate to Governor Babajide Sanwo-Olu, who has not, for once, slowed down the pace in fulfilling his campaign promises. The Governor is intelligent, resilient, smart and impatient in executing life-transforming projects without leaving out any part of the State.

“To ease the metropolis of traffic congestion, Sanwo-Olu will be completing two major rail projects, Blue and Red Lines, for improved mobility and connectivity. These rail lines are being delivered with massive train stations. For these and many more, Sanwo-Olu is named The Sun Governor of the Year 2021.”

President of the Senate, Sen. Ahmad Lawan, presented the prize to Sanwo-Olu, describing the Lagos Governor as an “embodiment of brilliance and competence”. He said every state in the country deserved to have a public officer of Sanwo-Olu’s prowess at the helm for sustainable development, as seen in Lagos.

Sanwo-Olu, in his acceptance speech, dedicated the award to residents of Lagos, whom, he said, his administration remained committed to serving. 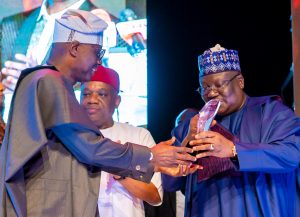 The recognition, Sanwo-Olu said, came with more tasks for his Government to continue to work for the people.

He said: “Indeed, our humble contribution to governance has been recognised in various quarters locally and internationally. The Sun award is a key award for us because it comes with another clarion call for us to put in more work to bring more solutions to challenges being faced by our people. We dedicate this award, humbly, to the people of Lagos who we are committed to serving.” 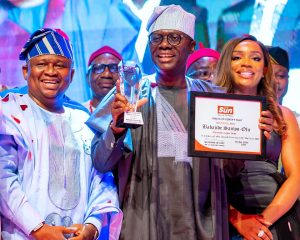