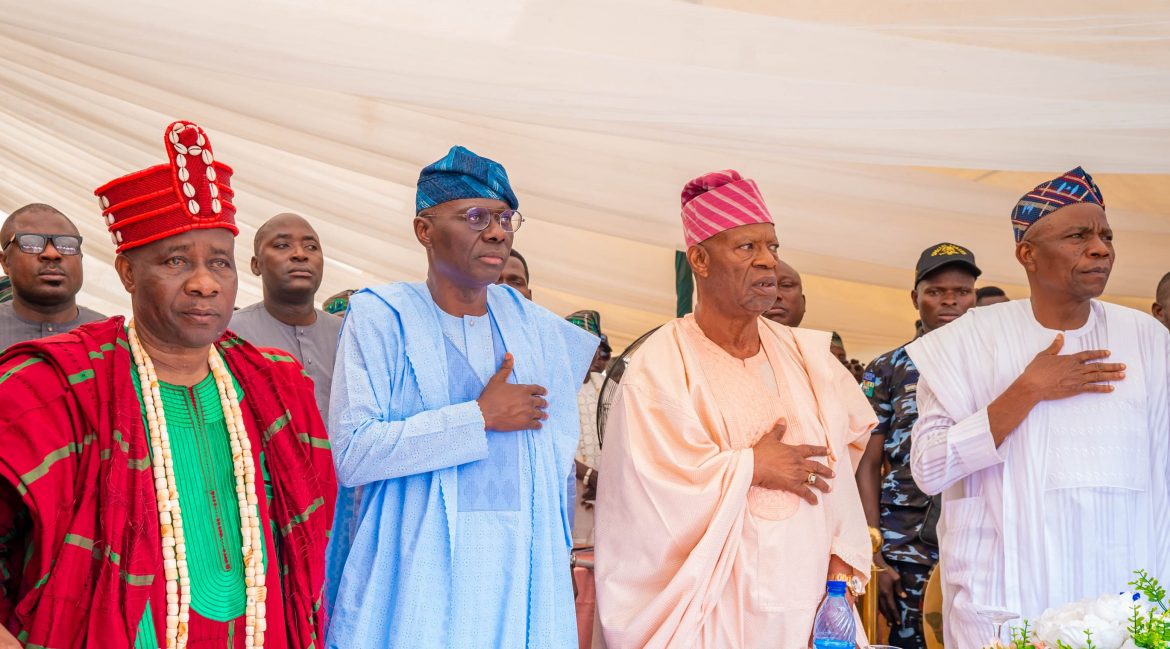 The Governor was in the Oto-Awori Kingdom to felicitate with the monarch on the occasion of his 15th coronation anniversary. The lecture hall was donated by the monarch to mark the anniversary.

The king’s gesture, Sanwo-Olu said, is worthy of emulation, noting that the facility would be complementary to those being built on the campus by the State Government, as part of the projects initiated after the school was upgraded from College of Education to a university by the National Universities Commission (NUC).

The Governor, at the event, explained why the school, alongside Lagos State Polytechnic, was elevated to degree-awarding institutions.

Sanwo-Olu said Lagos, as a big city with a high population of young people, was being underserved by one university, necessitating the need to raise the standards of LASPOTECH and Adeniran Ogunsanya College of Education, elevating them to raise human capital.

He said: “Education and technology have been the key parts of our deliverables. This objective can only be achieved when we have standard tertiary institutions offering competitive opportunities to raise human capital. The late Alhaji Lateef Jakande gave us Lagos State University over 40 years ago. Why should we not build more on this solid foundation? As big as Lagos is, with a huge population, having one State university does not befit us.

“Lagos cabinet, with the approval of the House of Assembly and NUC, set up two more universities to complement LASU and we got the approvals to establish the schools at the same time. This dream has come true and Oto-Awori Kingdom is a beneficiary. The gesture of Oto-Awori king to support our efforts to improve access to education with the donation of a lecture hall is an act that is worthy of emulation.”

Sanwo-Olu said he had approved the construction of a 750-seater Lecture Theater on LASUED campus, just as he directed procurement of two high-capacity buses for students to aid their mobility to and from the campus.

Sanwo-Olu used the occasion to appeal to towns locked in communal crisis in the area, urging them to embrace peace. The Governor cautioned all parties against destruction of properties and public facilities, stressing that development would only happen in an atmosphere of peace.

The Governor congratulated Oba Aina for the milestones the kingdom attained during his reign, describing the monarch as “man of peace”.

“Kabiesi has not only invited us to celebrate with him on the occasion of his 15th coronation anniversary, he has also challenged all of us in giving back to our communities. His gesture is worthy of emulation and this makes him a man of his words. This is why I personally come here to identify with him and the entire Oto-Awori Kingdom in the Badagry Division,” Sanwo-Olu said.

The monarch said his gesture to support the Government’s intervention in education was borne out of his pledge to assist indigent people surmounting impediment preventing them from going to school.

Oba Aina recalled he could not finish his academic programme at an Ondo university because of N6,000 fee. He promised to embark on more education-focused projects to support Government’s efforts.