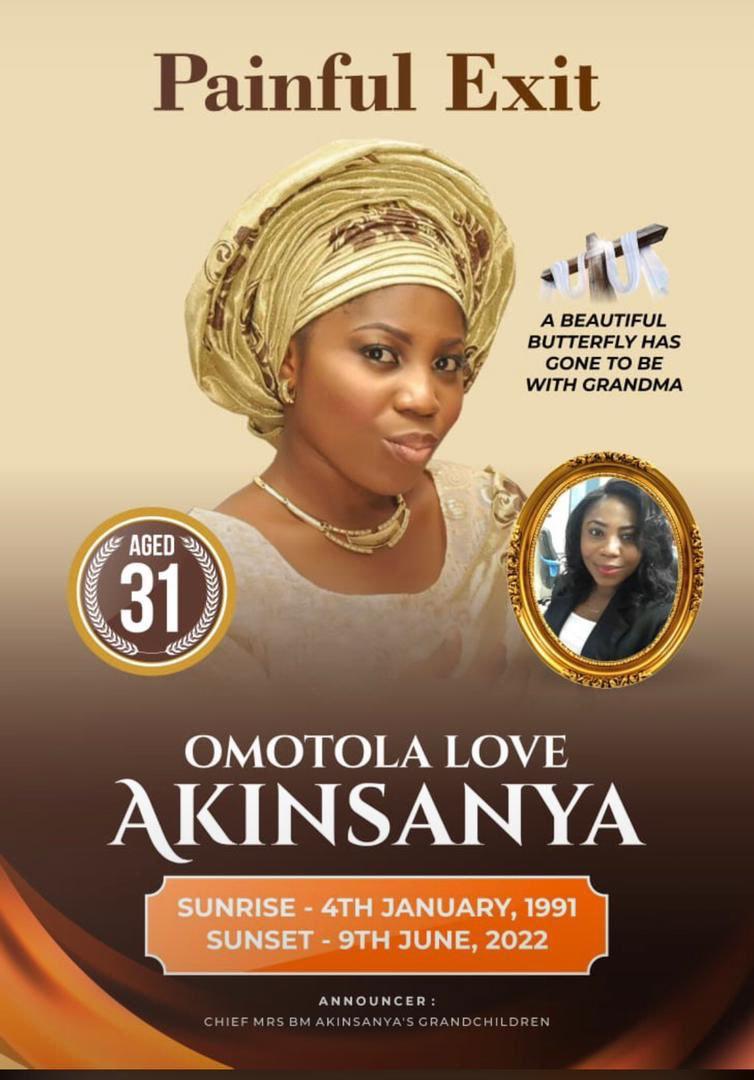 Share 0FacebookTwitterWhatsappEmail
Kindly share this story:
A Nigerian woman, Omotomi Akinsanya, who was crushed by a Toyota 4Runner being driven by a Lebanese, John Greg, on Sanusi Fafunwa Street, in the Victoria Island area of Lagos State, is dead.

She reportedly died on June 9 at the Intensive Care Unit of the Lagos State University Teaching Hospital (LASUTH), Ikeja.

Greg had while driving against traffic (otherwise known as wrong-way driving) at top speed in May crushed Akinsanya against a wall.

After ramming into the victim, the Lebanese reversed his car and zoomed off from the scene in a bid to escape.

It was learnt that a Good Samaritan, who witnessed the accident, boarded a motorcycle and chased Greg, who was apprehended and handed over to the police.