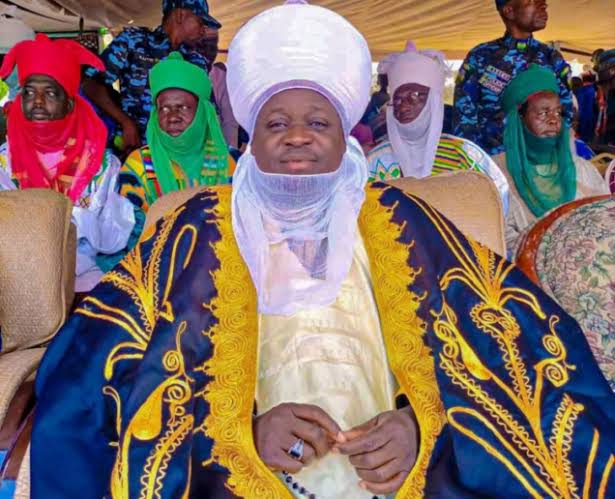 Emir of Funakaye, Mu’azu Muhammad-Kwairanga, has passed on at the age of 45 years.

Muhammad-Kwairanga was installed as the Emir of Funakaye by Governor Muhammadu Yahaya in May, 2021, following the demise of the previous traditional ruler.

Our correspondent reports that the one-year three months reign of the demised monarch witnessed development, especially peace within the Local Government Area.

Muhammad-Kwairanga’s last official engagement as witnessed by our correspondent was the recent condolence visit of Governor Yahaya, when government delegation visited him following the recent Bajoga flood that claimed the life of a three-year-old and rendered others homeless.

Condoling the people of Funakaye Local Government and the entire state, Governor Yahaya in a statement made available by Director-General Press Affairs, Government House, Ismaila Misilli, described the demise of the monarch as a monumental loss, “not only to his Emirate but the entire state and nation.”

He described the late Emir as a humble, decent and down-to-earth monarch who cared for his subjects as well as the unity and progress of the state, describing “his 16 months of reign as remarkably eventful.”

Yahaya said, “Gombe State has indeed lost one of its finest traditional rulers who worked relentlessly with other royal fathers in the state and offered counsels and fatherly guidance for the peace, unity,  growth and development of the state in particular and Nigeria as a whole.”

Also, Deputy Governor, Manassah Jatau, while recalling his recent encounter with the deceased in a statement signed by his Senior Special Assistant, Jack Tasha, described life as a mystery.

He said, “Death is a mystery and one of the hidden secrets unknown to man. Just recently, the Emir was looking healthy, vibrant and full of life. Humanly speaking one would never associate the Emir with death at this point in time but, because God has hidden this secret from man, no one has the daintiest idea that he was going to die within now.

“During our recent visit to Bajoga, when we paid condolence and sympathy visit over the flood disaster that ravaged Bajoga town, he received us warmly and happily.

“His commitment to the welfare of his people was so remarkable. A very caring Traditional Ruler who devoted himself to God and to give his people the best.”

Confusion as ex-militants threaten FG over surveillance contract to Tompolo