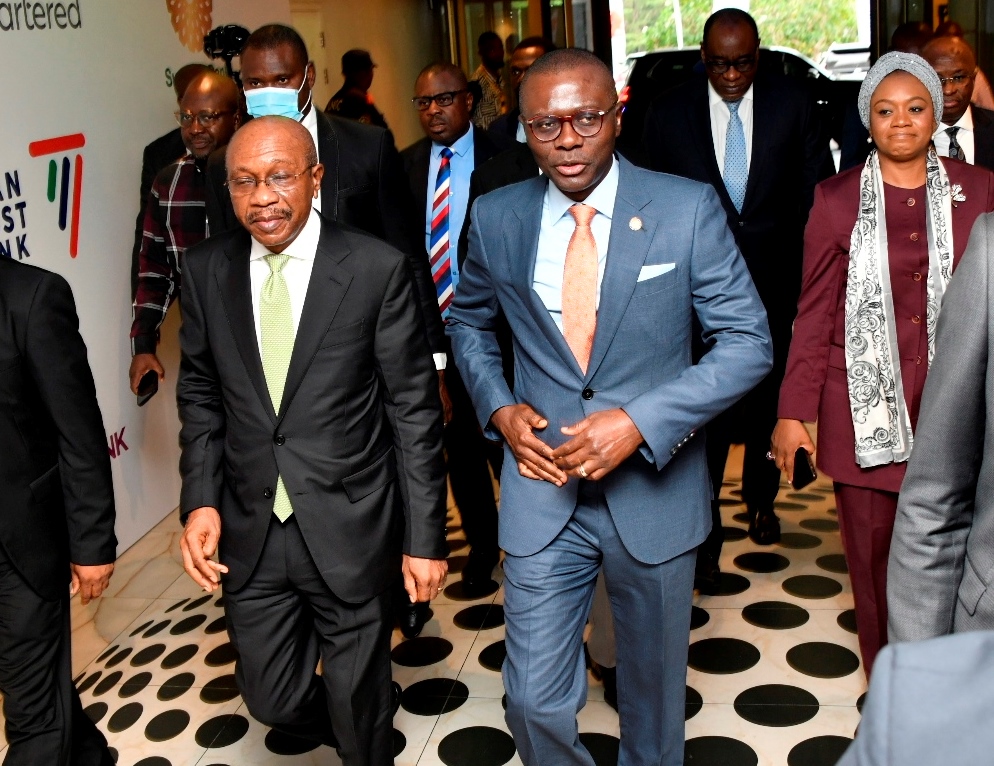 Lagos State Governor, Mr. Babajide Sanwo-Olu, has reiterated the call for economic diversification in Nigeria, saying that the country should shift from overdependence on oil and gas, to agricultural produce, solid minerals, chemical products, furniture and clothing as well as tourism among others.

He also stressed the need for Nigeria to discourage over-reliance on mono-economic revenue, which is oil and scale up its exports, noting that a situation in which oil and gas consistently account for the bulk of government revenues and foreign exchange earnings, is not an ideal one.

Governor Sanwo-Olu made the call at the Central Bank of Nigeria (CBN) RT 200 Non-Oil Export Summit with the theme “Setting the Roadmap toward achieving RT200 and non-oil export for development” held on Thursday at the Eko Hotel and Suites, Victoria Island, Lagos.

Sanwo-Olu who commended the Central Bank of Nigeria for organising a summit to promote non-oil exports in Nigeria said Lagos State is delighted to host the maiden edition of the strategic meeting.

He said: “Lagos State is home to the biggest and most important sea ports in the country. There cannot, therefore, be any conversations about growing non-oil exports in Nigeria, without bringing Lagos State and our transport and logistics infrastructure into the picture. This is why I am pleased that Lagos State is hosting the maiden Summit.

“For us as a Government, a lot of the work we have been doing and still doing is aimed at improving the state of transportation infrastructure, to enable imports and exports, and generally bring down the cost of doing business.

“When goods for export get stuck on the roads and can’t make it to the ports, we have a big problem on our hands. There is a big price that the economy pays for these dysfunctions, at all levels – from the small and large businesses whose goods are being exported to the people in the business of exports, to the users of our roads who have to waste valuable time in traffic because of worsening gridlock.

“It is, therefore, our responsibility, as governments, to ensure that we make the business of exporting (and also importing) as seamless as possible. Nigeria has so much potential to scale up its exports, shifting from over-dependence on oil and gas to agricultural produce, solid minerals, chemical products, furniture, clothing, and so on.”

Governor Sanwo-Olu while stressing the need for Nigeria to scale up its exports said “a country in need of foreign exchange has no business downplaying the importance of exports.”

He said: “We can do a lot to strengthen the Naira and our external reserves by focusing on our non-oil exports. This diversification also gives us immunity from the severe shock of depending on a limited pool of exports.

“I commend the Central Bank for making this a priority, through the launch of the Race To US$200 Billion FX Scheme (RT200), among other laudable initiatives. The RT200 FX Scheme seeks to generate as much as US$200 Billion in FX earnings, specifically from non-oil sources, over the next few years.

“I am aware that, so far, the Central Bank has approved the payment of billions of Naira to more than 100 exporters who have taken advantage of the scheme and have scaled up their non-oil exports of finished and semi-finished goods in line with it.

“I have no doubt that this scheme will go from strength to strength, and deliver to an extent beyond the expectations of the Central Bank and the Nigerian economy. I urge exporters to readily take advantage of it. I also urge the Central Bank to continue to finetune and strengthen this process, while also thinking of new and innovative initiatives that will achieve similar outcomes.

“Let me also commend the efforts of all the businesses that are investing heavily in the production of products that qualify for the RT200. One example that comes to mind readily is the Dangote Group, which recently commissioned the largest granular urea plant in Africa, right here in Lagos. I am delighted to note that the factory’s main product, urea, displaced Sesame seeds as Nigeria’s biggest non-oil export in the first quarter of 2022. I look forward to similar impactful investments of this nature, in Lagos and across the country.”

Earlier, the Governor of Central, Godwin Emefiele charged Nigerians to maximise the opportunity inherent in the FT200 initiative of the Central Bank towards attaining the non-oil exports projection for Nigeria.

Interesting! Imagine what US Consulate is doing to promote learning,boost cultural preservation in Lagos

Housing: Sanwo-Olu flags off development of Falomo towers in Ikoyi