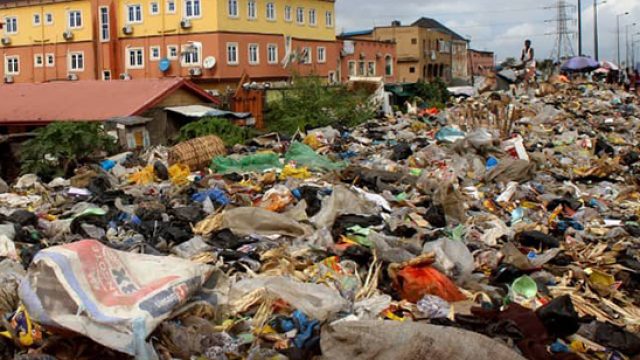 Share 0FacebookTwitterWhatsappEmail
Kindly share this story:
Onisha residents have appealed to Governor Charles Soludo to evacuate the heaps of garbage littering the roads.
Between April 2 and April 4, the Anambra government was reported to have carried out waste evacuation and drainage desilting in Ogbaru, Onitsha North, Onitsha South, and Idemili North.
Chukwudi Ibe, a resident, said the government should continue the exercise until environmental sanity is restored to the area.
Mr Ibe said market associations cooperated and cleaned up their environment during the exercise.
However, he said one week later, heaps of garbage still covered the roads as the government did not make arrangements for collectors to evacuate them.
Also speaking, Dede Uzor, a civil rights activist based in Onitsha, said the government should continue to evacuate waste.
Mr Uzor explained that the refuse heaps on Onitsha streets constituted a nuisance to traffic and an environmental health danger to residents.
“The decision to clean up Okpoko, Onitsha, and environs was good, but it is not a one-off thing; it has to continue until the area is reclaimed,” he said.
Efforts to reach Onyekachukwu Ibezim, the deputy governor and chairman of the clean-up exercise, on plans to address the situation were unsuccessful as he did not respond to calls or text messages.
by
Ibe Anayo
Kindly share this story:
Share 0 FacebookTwitterWhatsappEmail
previous post