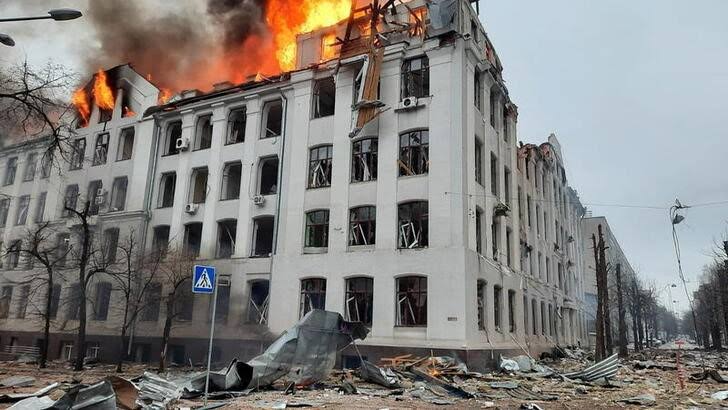 “What is happening now in Kyiv is sickening,” European Parliament President Roberta Metsola wrote on Twitter. “It shows the world, again, the regime we are faced with: One that targets indiscriminately. One that rains terror (and) death down on children.”

Also, in a tweet, EU’s foreign affairs chief, Josep Borrell, said, “Such acts have no place in the 21st century. I condemn them in the strongest possible terms.”

He added, “We stand with Ukraine. Additional military support from the EU is on its way.”

EU Justice Commissioner Didier Reynders said he sought shelter in the basement of a hotel while visiting Kyiv.

“We are safe and waiting for the evolution of the situation,” he tweeted.