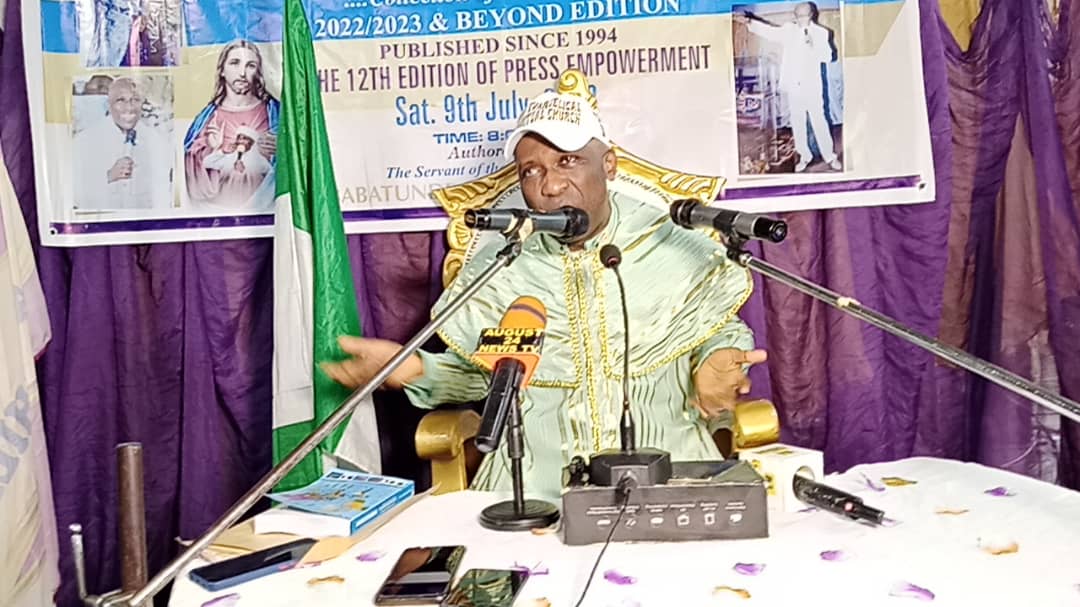 The leader of INRI Evangelical Spiritual Church, Primate Elijah Ayodele has been perceived by many as a ‘political prophet’ due to his many prophetic declarations that talked about the political situation of nations but it seems many have not experienced the diversity of his ministry. Primate has proven beyond human imagination that the spirit of prophecy cannot be limited to a particular subject or nation and this is well represented with his annual book of prophecy titled Warnings To The Nations.

The 2022/2023 edition of Warnings To The Nations was released on Saturday, 9th Of July, 2022 in Lagos and as usual, it contained prophetic statement to nations around the world, leaders, presidents, state governors, businessmen, individuals and all sectors of the society including sports, education, politics, economy, security, to mention a few.

Since its release, several prophecies have been fulfilled within the short period of time; the political crisis in Sri Lanka, Uber crisis, Bodija Market fire outbreak, Italy crisis, plane crash in Greece, were part of the prophecies in this prophecy book and now, some others have just been fulfilled.

Currently, some countries around the world are having a bad time with natural disasters. In Europe, there’s an unexplainable heat wave causing a serious crisis for the citizens. This has also led to wildfire disasters that have rendered citizens homeless, properties destroyed and the environment inhabitable for many citizens.

In some countries, excessive flooding is being experienced like never before, it’s quite abnormal because all plans to control it have proven abortive and this makes it more mysterious.

Primate Ayodele in his newly released prophecy book ‘Warnings To The Nations’ warned that the world leaders will be troubled by climatic changes. He mentioned that the climatic condition will be so mysterious that things that never happened before will begin to take place (Pg 62).

He then further listed some countries that will be facing some climatic conditions like volcano, hurricane ,earthquake, flooding, heat waves and cases of collapsed buildings.

With the current development around the world, it is safe to say Primate Ayodele’s prophecy has been fulfilled.