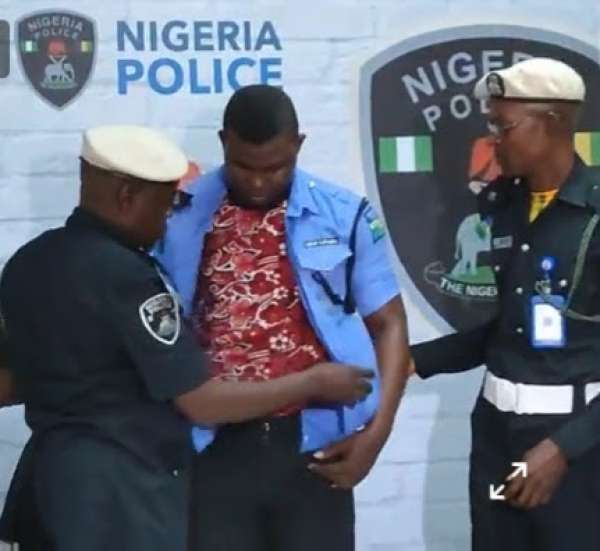 The Nigeria Police Force has dismissed an officer, Liyomo Okoi, for flogging a man with a machete.