…where the playing field is levelled
© 2022 | FREEDOM POST- All Right Reserved
Home » Peter Obi to Uzodimma: You are a good man
Politics

Peter Obi to Uzodimma: You are a good man 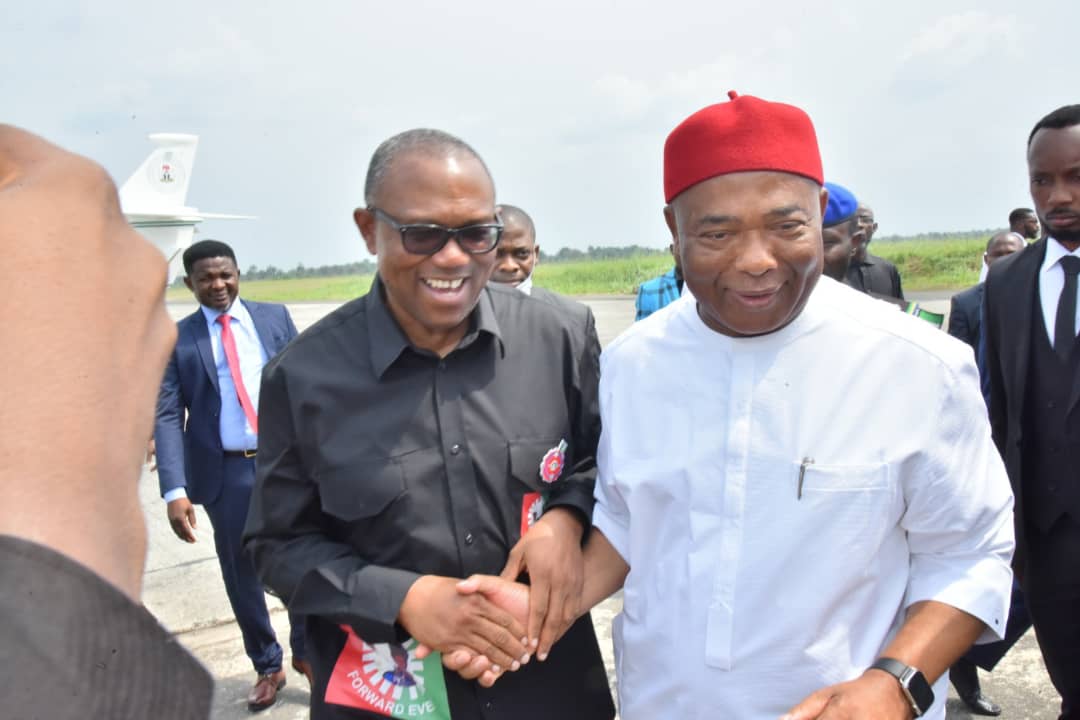 Presidential candidate of the Labour Party, Mr. Peter Obi on Tuesday re-echoed the thinking of many who have come in contact with Governor Hope Uzodimma, describing the Imo State chief executive as a good man.

Obi did not hide his feeling when he met with Governor Uzodimma at the presidential wing of the Sam Mbakwe International Cargo Airport Owerri as he arrived for his Party’s campaign rally in Owerri.

Though the Labour Party presidential candidate had arrived earlier and was being shepherded by his supporters at the premises of the presidential lounge of the airport, he broke off from their midst without their knowledge to come and receive Governor Uzodimma whom, he said he was told, was already airborne.

“Your Excellency, I had to stay back to greet you because I learnt you were already on the way coming. You are a good man and I owe you that honour to wait to greet you,” Obi told Governor Uzodimma as they hugged themselves and bantered away.

Though it would have been Obi’s desire to stop by at the Government House on the invitation of Governor Uzodimma after his rally, he said his numerous political engagements would not permit that.

“I really really appreciate,” the former Governor of Anambra State added even as Governor Uzodimma thanked him for the compliments and wished him well.

It would be recalled that Governor Uzodimma said recently that all political parties interested in campaigning at any government-owned facility in Owerri was welcome as approval for such would not be withheld from them.

He made good his promise by directing the relevant approving authorities in the state to grant the request of any of the political parties to use any facility of their choice for their campaign rally. The Labour Party happened to be the first.

Leaders of the Labour Party on Monday were full of praises for Governor Uzodimma,  describing his magnanimity as historic and commending his politics as one without rancour and bitterness.

Sterling named Best Employer for the fifth time in a row