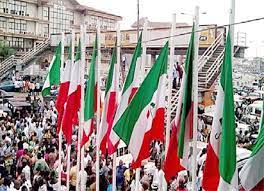 Peoples Democratic Party (PDP) has been declared winner in all the 23 Local Government Areas (LGAs) of Benue State at the just concluded LG elections held on Saturday.

The chairman of Benue State Independent Electoral Commission(BSIEC), Tersoo Loko, disclosed this on Sunday while declaring the results at the commission’s headquarters in Makurdi.

He thanked his team for a free, fair and credible election stating that this would be the last election he would be conducting as the chairman of BSIEC.

He also thanked the people of Benue for their support and was happy that no violence was recorded in any of the polling units.