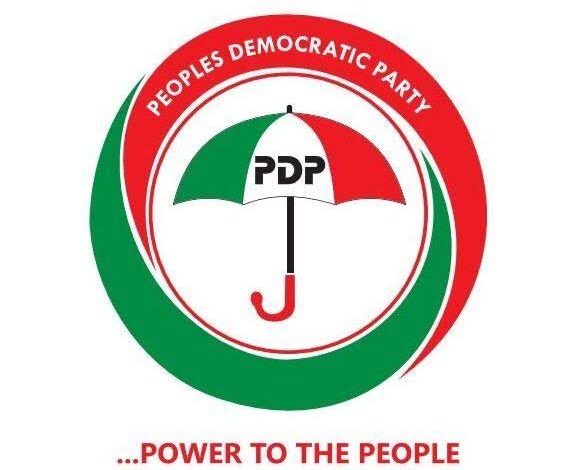 The last may not have been heard of the crisis that has rocked the Peoples Democratic Party (PDP) and the efforts made to present a united front as Governor Samuel Ortom of Benue State, during the week visited Governor Udom Emmanuel, the chairman  of the PDP, presidential campaign council in Uyo,the state capital.

The crisis, which erupted soon after the party held its presidential primaries and the subsequent nomination of Governor Ifeanyi Okowa of Delta State as the party’s vice presidential running mate by Atiku Abubakar, the party’s presidential candidate has led to the emergence of a group of five governor’s known as G-5 with Ortom as a key member of the group opposed to Okowa’s appointment.

Ortom, who is in league with Governor Nyesom Wike of Rivers State, has yet to participate in the party’s presIdential campaign, two months to the general elections and all efforts to resolve the crisis appear to have been futile.

However, both Ortom and Emmanuel have held a closed door meeting in Uyo, the Akwa Ibom state capital in what  observers say might be a last ditch effort to salvage Atiku’s presidential campaign and ensure a united front in its bid to wholeheartedly challenge the All Progressive Party (APC) in coming elections.

Though details were not made known after the meeting, it was gathered that it was part of moves to reconcile and reposition the party ahead of 2023 general elections.” The two governors did not speak to the media after the meeting.

Governor Emmanuel has repeatedly assured that the crisis that had engulfed the party would soon be resolved, it remains to be seen when this would happen for the party to be seen as being in the presidential race to stage a comeback after it lost to APC in 2015.

Meanwhile, Governor Udom Emmanuel has assured that the long neglect of the state in the scheme of things and development projects by the Federal Government would be reversed with the election of Atiku Abubakar as Nigeria’s President.

The governor and chairman of the Peoples Democratic Party, PDP Campaign Council for the 2023 elections gave the assurance while addressing a mammoth gathering of party faithful in a campaign rally in the state held at Mkpat Enin, Akwa Ibom south senatorial district.

He also acknowledged the importance of the Ibekwe-Ikot Akpan Nya-Ikot Nya-Ikot Akata road and pledged to ensure it is fully constructed before the end of his tenure.

Governor Emmanuel said his reasons for undertaking the pivotal role in the Atiku Presidential Campaign were his ardent loyalty to the Party and his desire to ensure that “Akwa Ibom interest is well articulated at the centre, reaffirming his determination to be the voice his people need at the centre,” he said.

He therefore solicited massive support for Atiku Abubakar as President, Umo Eno as the party’s governorship candidate  and that of Ekong Sampson for the Akwa Ibom South Senatorial seat as well as all the candidates of the PDP in Ikot Abasi Federal Constituency.

Speaking further, Governor Emmanuel described   Ekong Sampson as an affirmation of the PDP’s adherence to justice and value for quality, while lauding the Akwa Ibom South Elders for their firmness in maintaining the rotation principle in the district.

Despite all the overtures for him to take the senate ticket, the Governor reminded the people that he insisted on aligning with the existing zoning principle and urged everyone to support the senatorial candidate and ignore pretenders who are out to cause confusion in the district.

The wife of the Governor, Martha Udom Emmanuel, deputy Governor of the State, Moses Ekpo, in their goodwill messages commended Mkpat Enin for producing both the wife of the incoming Governor and the Senator for the district, and urged them to consider themselves lucky to be so favoured.

The PDP gubernatorial flag bearer,  Umo Eno expressed delight over his endorsement and the support he has enjoyed from Mkpat Enin  being their inlaw.

He assured them to build on Governor Emmanuel’s investments in the area by creating components that will complete the vast value chain of the coconut industry.

Ekong Sampson, senatorial district candidate of the PDP, said Mkpat Enin was grateful to the state government for so much attention given to them in terms of projects and appointments. He assured that Mkpat Enin people will express their gratitude with their votes for the PDP come 2023.

Aniekan Akpan, chairman of the PDP in Akwa Ibom State, , presenting the party candidates to the people, recalled that Mkpat Enin has always made the party proud in voting for its candidates.

He thanked the party faithful and charged them to do even more in 2023, given the fact that so much has been done for the area in the last 8 years.

One of the highlights of the occasion was the symbolic handing over of the baton by the incumbent senator, Akon Eyakenyi to Ekong Sampson to the admiration of everyone present.