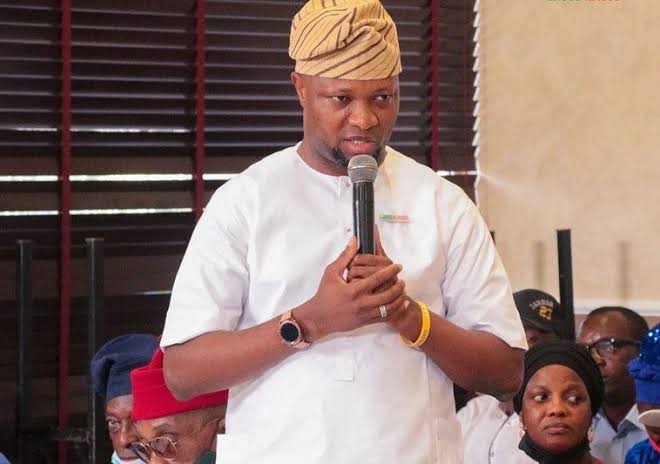 The Lagos State gubernatorial candidate of the People’s Democratic Party (PDP), Olajide Adediran known as Jandor, has accused the All Progressives Congress (APC) of sponsoring the petition before the Independent National Electoral Commission (INEC) by a Civil Society Organisation, Committee for the Protection of Peoples Mandate (CPPM) alleging him of breaching 2022 Electoral Act.

The group stressed that Jandor, and others breached the 2022 electoral act after they started canvassing for votes ahead of next year’s election before INEC signaled the commencement of the campaign for the poll.

It stated that Jandor and others in an utter violation of the law sponsored a documentary aired on national television to commemorate the 2022 International Youth Day which was filled with campaign messages for the candidate and PDP.

The group alleged the PDP candidates wilfully and flagrantly violated not only section 94 (1) of the Electoral Act, but also the publicly published INEC guidelines on the 2023 elections by commencing political campaigns well ahead of the official kick-off date.

However, Jandor described the petition before INEC against his documentary aired to celebrate young Nigerians across the country, particularly youths in Lagos, during International youths day as baseless and should be ignored.

According to him, the ruling party has found itself in an abyss of public opprobrium and in recent times, has been throwing tantrums over his rising popularity and that of the Lagos PDP.