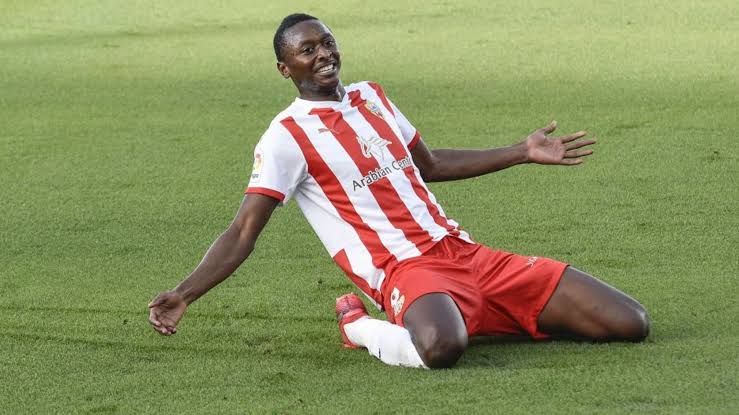 According to a Serbian publication, sportal.blic, newly promoted La Liga club side, Almeria, are set to pay the sum of €500,000 to Partizan Belgrade after Nigeria international Sadiq Umar made his first LaLiga appearance for the club, PUNCH Sports Extra reports.

The Super Eagles player was in action for the Rojiblancos on Sunday as they lost 2-1 to Real Madrid in their first league game of the 2022/23 season.

The 25-year-old had since become an integral part of the club and has seen his value rise to €18m – double of what the Spanish club paid for him when he joined two years ago.

Sadiq played 71 minutes, leaving the pitch after making two attempts, one on target, and a 70 per cent pass accuracy after completing seven of his 10 passes.

And according to the publication, Partizan will earn €500,000 as part of the deal that brought the player to Spain.

“Last Sunday, in the first round, for example, Almeria, for which Sadiq is now playing, and Real Madrid met.

“It was the 75th match in Almeria in which the Nigerian played no less than half time, thereby activating the second bonus agreed between the Spanish club and the club from Humska.

“In addition, according to the contract, ten percent of further sales remain for them until the end of the transition period.

“So far, Partizan has earned €9,500,000 from Sadiq. The amount of €5,500,000 was paid to them during the transfer of the Nigerian to the Spanish club, in the name of compensation from the sale of 50 percent of the economic rights to the player, but it turned out that the bonuses almost doubled the earnings.”

Sadiq has been linked with a move to Villarreal with reports stating that a fee of €30m has been agreed with the Yellow Submarines.

ASUU begins consultations on next move