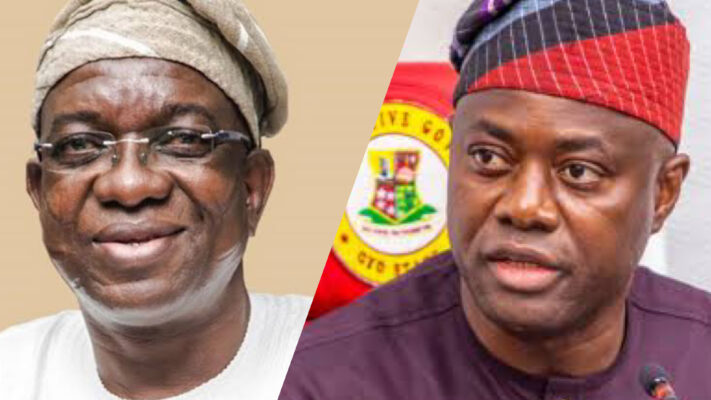 Rauf Olaniyan, the deputy governor of Oyo State has been impeached.

Mr Olaniyan was impeached Monday morning following the adoption of the report of an investigative panel set up by the state’s Chief Judge Munta Abimbola.

Mr Abimbola set up the panel after receiving a directive from the Oyo State House of Assembly who accused Mr Olaniyan of gross misconduct, among other charges.

House Leader Sanjo Adedoyin read the report of the panel before the parliament which went on to adopt the recommendation to impeach the deputy governor.

Mr Olaniyan’s problem began after falling out with Governor Seyi Makinde who eventually dropped him as his running mate for the 2023 elections. Mr Olaniyan then left the governor’s Peoples Democratic Party for the All Progressives Congress, sparking the impeachment move.