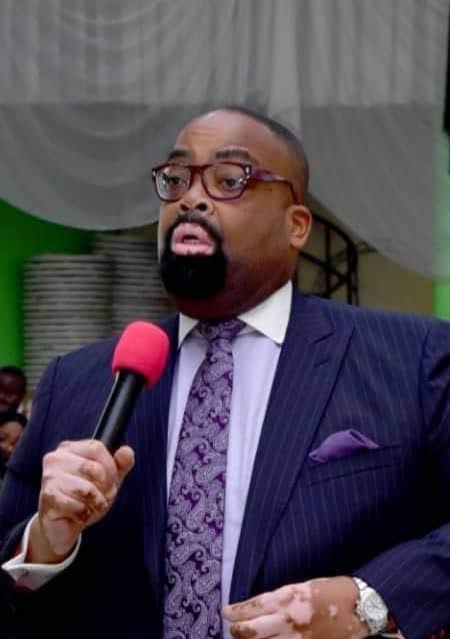 Nigerians have condemned the alleged unruly conducts of some members of the Nigerian Bar Association (NBA) at the just concluded controversial conference.

Some lawyers descended so low and attempted to turn the conference to a political rally by openly expressing support for one of the Presidential candidates.

This is coming as the outgoing NBA President Mr. Olumide Akpata has said that any lawyer found complicit in vandalisation of conference booths, theft of phones, and assault on officials will be prosecuted.
Akpata stated this on Thursday during the Annual General Meeting of the NBA holding at the Eko Atlantic City, Lagos.

Some aggrieved lawyers who did not get their conference materials on time had stormed the collection centre and looted the booth.

Speaking at the AGM, Akpata gave a vivid explanation of circumstances surrounding the delayed distribution which was all in a bid to give lawyers the best conference experience.

He said: “No one said we will not encounter difficulties in life but the hall mark is how quickly do we resolve such difficulties.

“I hereby assured the generality of Nigerian legal practitioners that any lawyer found complicit in vandalisation of conference booths, theft of phones, assault on officials will be prosecuted.”

Amidst strike, Education minister jets out of Nigeria