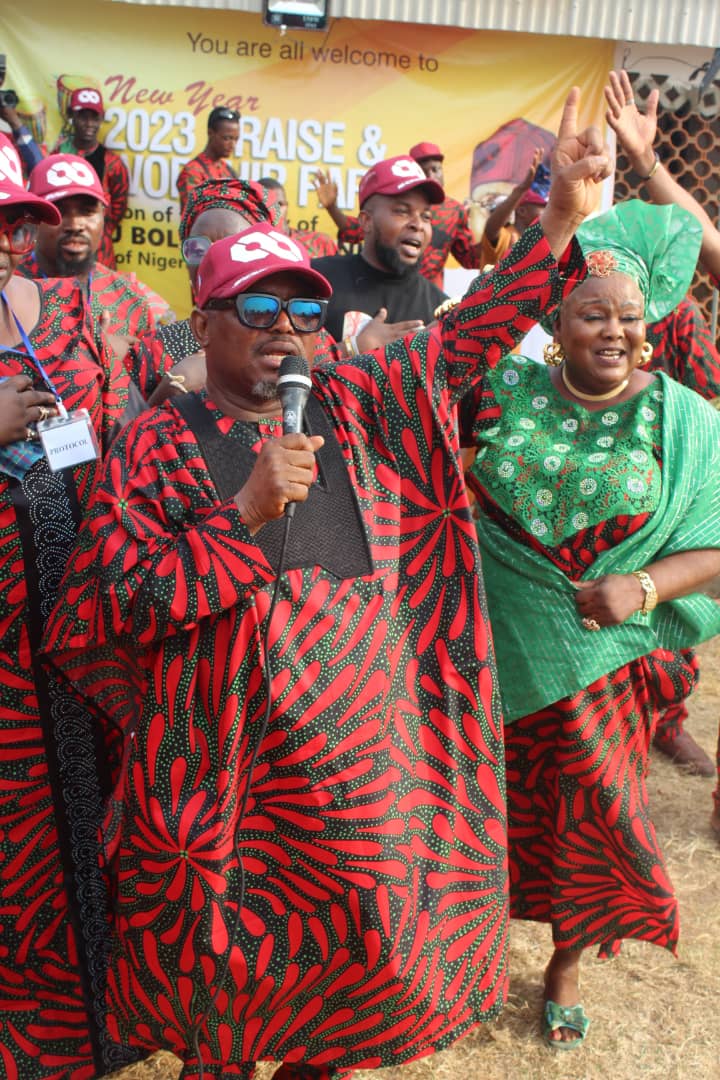 It was drums and funfare on Saturday, January 21, 2023 as members of Onward Movement and APC party faithfuls in Ikorodu organised an annual thanksgiving party for their members and victory celebration party for Asiwaju Bola Ahmed Tinubu ahead of the Presidential election.

The convener, Hon. Sanai Agunbiade, while speaking on the motivation for the programme when election has not been held, told newsmen that he is confident that considering all Asiwaju has done and results of consultations across the six geo-political zones are indicators that the APC Candidate would emerge as the next President of the nation. “Asiwaju has not sat on his laurels as an achiever, he is not leaving any stone unturned as he’s meeting everyone necessary to achieve victory at the polls and when you see the positive results of these meetings you will have no fear celebrating his victory.”

To affirm his confidence, the Lagos Majority Leader asked those gathered at the event to showcase that they are not just gathered but have their PVCs ready to deliver the votes and the crowd numbering around 1000 raised their voters cards up in solidarity for APC.

Hon. Sanai also informed the gathering of a plan to organise an house-to-house voters sensitisation drive on the need to collect their PVC, come out on election day and vote all APC Candidates for a more prosperous Nigeria.

Other speakers present at the event praised the lawmaker for his commitment to the developent of Ikorodu Division and his courage to celebrate a victory in an election that has not been conducted. They also pledged to support all candidates of the party and work for a landslide victory at the polls.