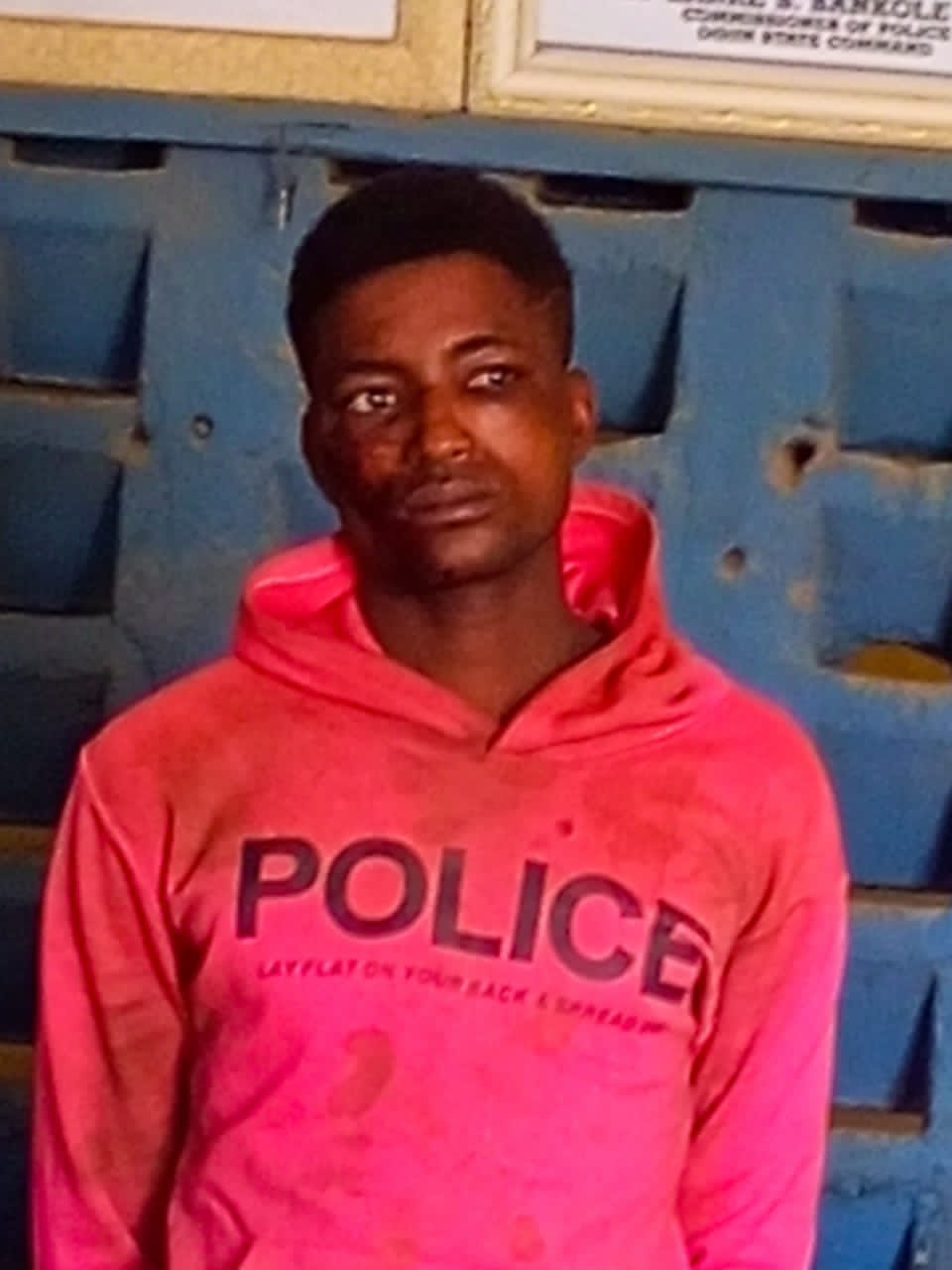 Operatives of Ogun state Police Command on Saturday 24th of September 2022, invaded the hideout of kidnappers who have been terrorizing the Kara Bridge end of Lagos-Ibadan expressway in recent time, and arrested one member of the kidnap gang, while a kidnap victim Sheu Anafi was rescued unhurt.

Men of the Command took the battle to the door step of the hoodlums following a report lodged at Warewa divisional headquarters by a commercial driver, who reported that while he was coming from Ilorin in his Ford commercial car with registration number LRN 596 ZY, loaded with seven passengers, on getting to the long bridge, there was traffic jam consequence upon which he drove through the untared access road besides the bridge.

While driving through the said access road, they were attacked by some unknown gunmen which made all the passengers to run into different directions in the nearby bush.
But when they all regrouped to continue their journey, it was discovered that one of the passengers by name Alhaji Sheu Anafi from Okeleele area of Ilorin has been abducted by the hoodlums.

Upon the report, the DPO Warewa division, CSP Abdul Fatai Ogunsanya led a joint operation consisting men of the command’s tactical teams, local Vigilantes, so safe corps and OPC men for bush combing in search of the abducted man.

Their efforts yielded positive result when the hideout of the kidnappers was located and the security operatives engaged them in gun battle.
At the end of the encounter, one of the kidnappers Ibraheem Abubakar who claimed to have come from Sabonganmu-Bompai road, Kano state, was arrested while others escaped with varying degrees of gunshot injuries, and the victim, 62 years old Sheu Anafi was rescued unhurt.

The suspect has confessed been a member of seven-man gang terrorizing the strech of the long bridge in recent time.

Meanwhile, the Commissioner of Police, CP Lanre Bankole has ordered the immediate transfer of the suspect to the state Criminal Investigation Departments for discreet investigation. The CP also appealed to members of the public, especially hospitals to inform the police if anybody with gunshot injury is seen in their area.

75-year-old grandpa, 21 others arrested over tons of illicit drugs seized in 7 states