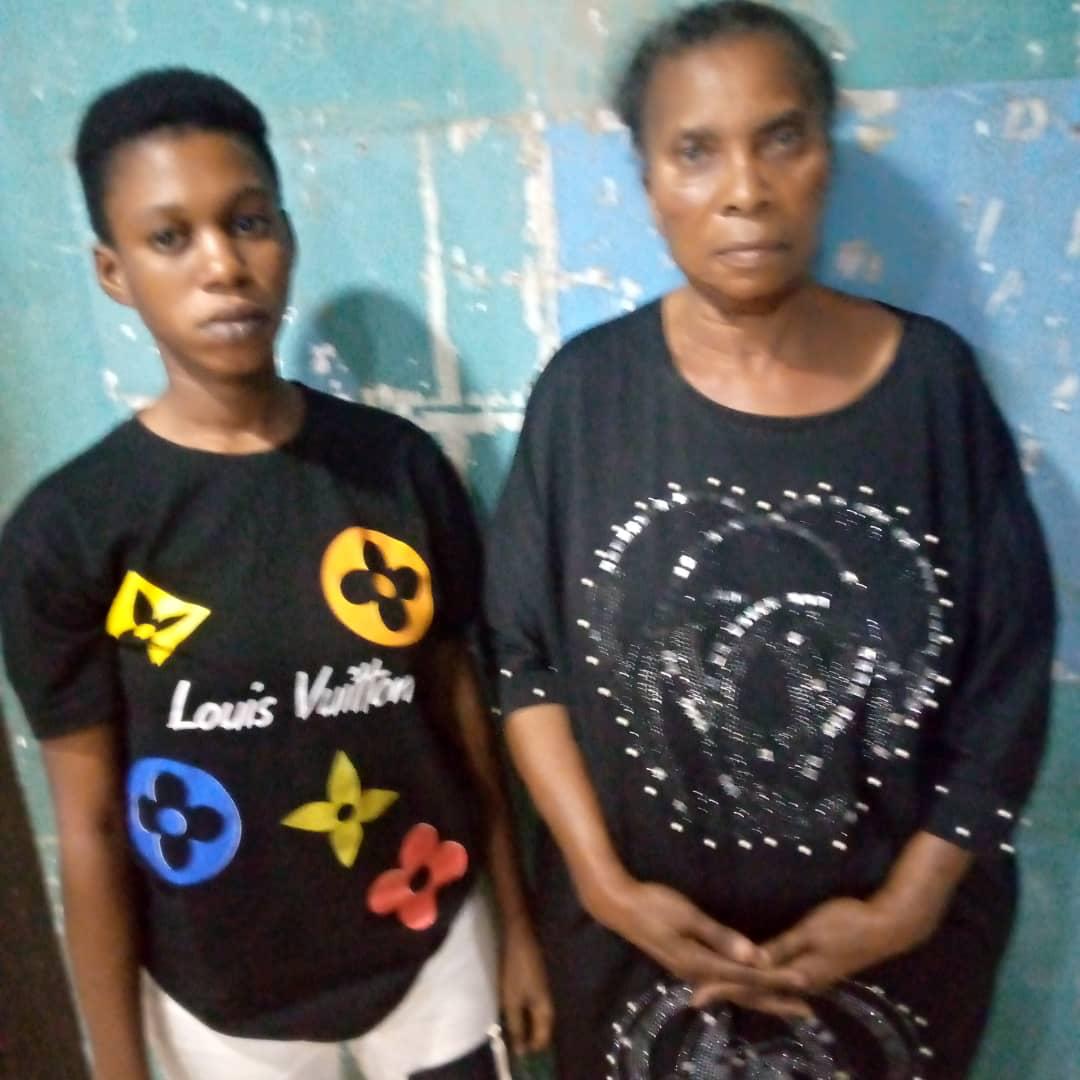 Two women, Christiana D’ivoire Iyama and Margaret Ogwu were on the 27th of August 2022 arrested by men of Ogun state Police Command for operating baby factory.

The suspects were arrested following an information received by police at Agbado divisional headquarters that, Christiana Iyama who lives at No 4, Ibrahim Famuyiwa street, Agbado Ogun state, is operating a baby factory at the above address, where she used to harbour young girls and hired men to impregnate them after which she will collect the baby on delivery and sell to her waiting buyers.

Upon the information, the DPO Agbado division, SP Awoniyi Adekunle mobilized his detectives to the area where the said Christiana D’ivoire Iyama and Margaret Ogwu were arrested.

Preliminary investigation revealed that Margaret Ogwu was one the girls harboured by Christiana D’ivoire who employed the service of a man to impregnate her and collected the child on delivery, which she sold at the rate of 400,000(four hundred thousand naira) to one of her customers.
She also confessed to the Police that, she has sold up to three children from different women to her different customers.

Meanwhile, the Commissioner of Police, CP Lanre Bankole has ordered the transfer of the case to Criminal Investigation Departments for further investigation and diligent prosecution.