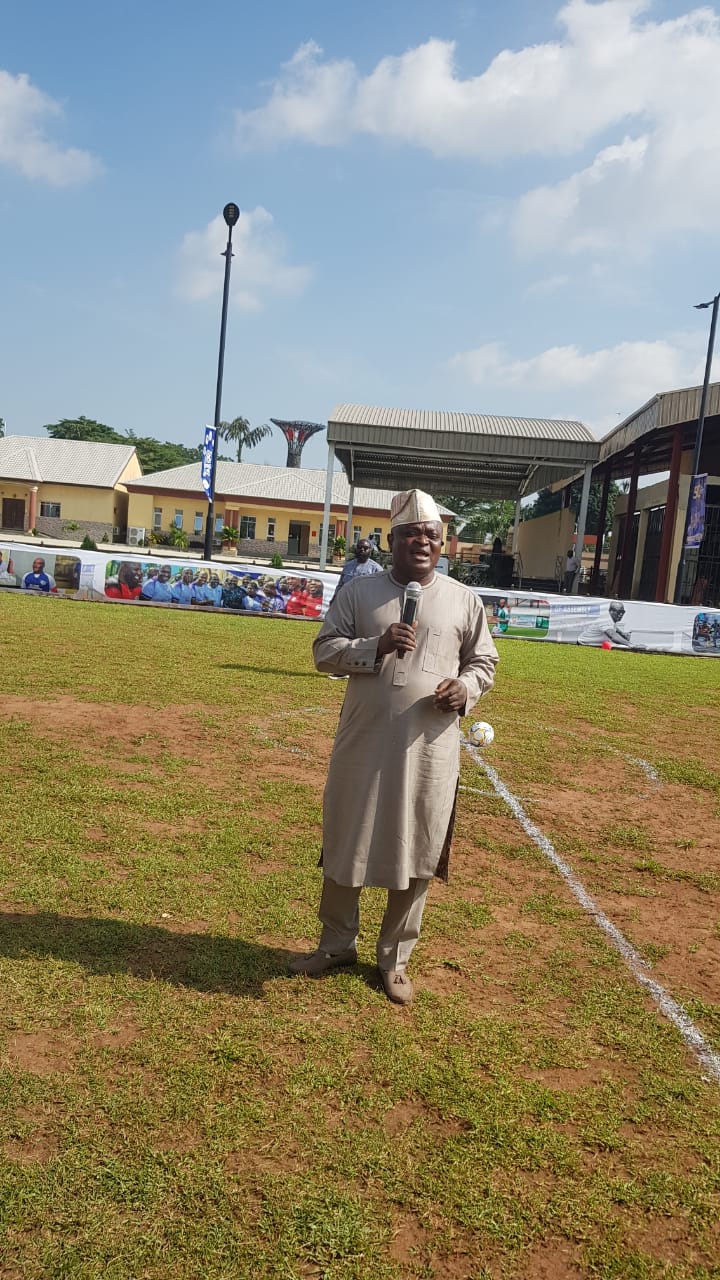 Elated by the honour done on him by the entire staffers of the Lagos State House of Assembly, who organized week-long sporting activities to herald the celebration of his 50th birthday anniversary, Rt.Hon. Mudashiru Obasa has counseled that all teams seeded to play the football tournament should give room for spirit of sportsmanship to prevail.

Obasa gave the counsel to the Youths, Sports and Social Development team (YSSD) and the Lagos State Residents Registration Agency team (LASSRA) that played the opening match and all other teams as he personally took the kick-off to herald the Y2022 Speaker’s game themed ‘The Golden Age Edition’.

Obasa said that : “I appreciate all honour done on me and will like to let you all know that all the teams belongs to the Speaker, the winner is the Speaker’s team, let’s be friendly and do all we can, play gently.

“Let’s be conscious of the fact that we are elderly, so avoid hard tackles that could lead to needless injuries. Let’s embrace the spirit of sportsmanship all through, not for the football alone, but the table tennis, draught, ludo and all other games being played at the Lateef Jakande chamber simultaneously,” Obasa said.

The Lagos State Assembly number one man-Obasa according to the Chairman of the House of Assembly Committee on Youth and Sports Hon. Lanre Oshun, who doubles as the Chairman of the week-long birthday celebration programme made good his promise at the maiden edition last year that the Y2022 own will be on a larger scale with the inclusion of many more games.

Oshun who earlier made mention of the game during the Monday plenary in his personal explanation noted that seven competitions are lined up for the programme which will be flagged off after the plenary.

Oshun said: “This year’s edition of the event will be extended to ministries in the state to celebrate the number one legislator, who is a lover of sports.

“ I urge all members and staffers of the Assembly to come and witness the series, which will climax in a football match between the members of staff and their wives.

“For the next two and half weeks we promise to give Lagosians the best of games.” Oshun said.