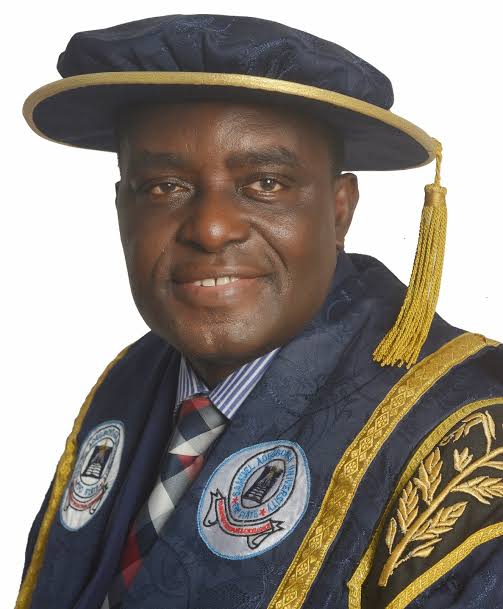 Share 0FacebookTwitterWhatsappEmail
Kindly share this story:
The Pro-Chancellor and Chairman of Council, National Open University of Nigeria (NOUN), Prof. Peter A. Okebukola has said the Africa Centre for Excellence on Technology Enhanced Learning at Open University called NOUN ACETEL is blazing the trail in its developments of ICT tools to enhance learning.
NOUN ACETEL, is a special academic centre being jointly sponsored by the University, Association of African University (AAU), National Universities Commission (NUC), and the World Bank.
The Pro-Chancellor disclosed this during a press briefing in Lagos following the just concluded 69th Regular Meeting of the Council of the National Open University of Nigeria (NOUN).
Taking stock of recent development at the University,  the Chairman of Council said, “NOUN ACETEL has continued to blaze the trail in its development of ICT tools to enhance learning in Nigeria.
“This is a centre that focuses on development of human capacity and research in digital solution that would lead to the utilisation of technology for education”, he said.
As part of the new development, he added that the postgraduate programme at M.Sc. and Ph.D. levels in Cybersecurity, Artificial Intelligence and Management Information System have all received full accreditation status from the NUC.
On students’ enrolment,  the Council said this has increased to over 600,000 with over 150, 000 of them being active.
“The management has introduced the E-ticketing as a Learning Support Services, an electronic solution that facilitates quick response to students and general public complaints and enquiries. With this, the University now respond to over 100 enquiries/ queries daily.
“The University in a bid to transform the delivery method by the aggressive use of digital technologies,  it has embarked on the integration of instructional videos to all courses, to strengthen the multi modal delivery system to allow students learn at their pace and from anywhere”, the Council said.
Part of ongoing development in the school is that the first set of NOUN Law graduates admitted to the Nigerian Law School are fast proofing to the world that the University has the capacity to run an effective law programme.
Meanwhile,  some new principal officers have been appointed following advertisement in the dailies, to ensure due process.
The new appointees are: Mr Oladipo Adetayo Ajayi as the new Register; Mr Nasir Gusau Marafa , Bursar; and Dr. Angela Ebele Okpala as the new University Librarian.
Kindly share this story:
Share 0 FacebookTwitterWhatsappEmail
previous post