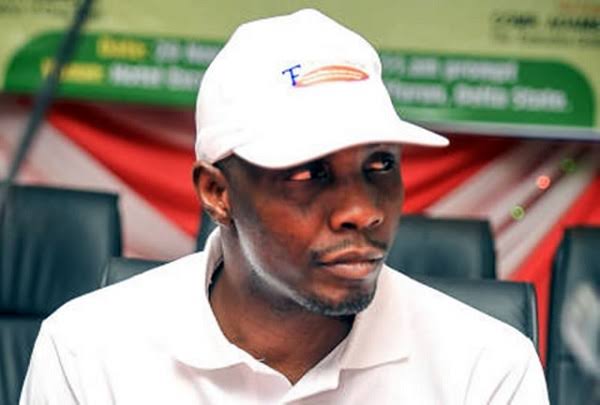 A northern group, the Amalgamated Arewa Youth Groups, has kicked against the award of the pipeline surveillance contract worth over N4bn monthly to a former Niger Delta militant, Government Ekpemupolo, otherwise known as Tompolo, by the Nigerian National Petroleum Limited.

The group handed down a seven-day ultimatum within which the Federal Government or its agent (NNPC) to revoke the contract or be forced to either protest or take legal action.

The group also called on the President Muhammadu Buhari , to sack the Minister of State for Petroleum, Timipre Sylva; and Director, Upstream of the NNPC LTD, Adokiye Tombomelye, for “promoting ethnic and regional interest as well as the Group Managing Director of the NNPC, Mele Kyari, for using his office to allegedly reward criminality.”

According to them, it is unfortunate that the NNPC succumbed to the blackmail of the former Niger Delta warlord to award him such mouth-watery contract despite being declared wanted by the Economic and Financial Crimes Commission by the current regime of President Buhari.

The organisation, comprising a coalition of 225 youth groups from the 19 northern states and Abuja, noted with grave concern that the seeming triumph of people like Tompolo over our nation’s Armed Forces, is a clear case of abdication of responsibilities, otherwise, hundreds of his likes wouldn’t have succeeded against 200 million Nigerians.

These were contained in a statement by the group’s spokesman, Victor Duniya, and issued in Kaduna on Saturday.

The statement read in part, “The Amalgamated Arewa Youth Groups, a coalition of 225 youth groups mainly of northern Nigeria extraction that operates both at home and in the diaspora, has received the news of the award of pipeline surveillance contract worth over N4bn monthly by NNPC Limited to Mr Government Ekpemupolo, alias Tompolo, a former leader of the Movement for Emancipation of Niger Delta with rude shock.

“We are particularly concerned that in the early days of the President Muhammadu Buhari administration when Tompolo was declared wanted by the Economic and Financial Crimes Commission, there was uncontrolled bombing of oil facilities in Niger Delta, which contributed in so small measure in dragging Nigeria into recession .

“Our group sees the awarded contract as empowerment scheme for Niger Delta youths and nothing more. This is in addition to the billions of naira that is being spent in the failed Amnesty Programme that is exclusively reserved for them.

“This is against the spirit and letters of our constitution that advocates for federal character in all government dealings.”

Meanwhile, Tompolo has called on stakeholders, ex-militant leaders as well as bunkering dealers and operators of local refineries in the Niger Delta region “to help reduce the level of oil theft and pollution caused by illegal oil bunkering activities in the region”.

Tompolo, who was recently awarded pipeline surveillance contract in the region by the Federal Government, made the call at a consultative meeting he held with the stakeholders on Friday at Oporoza community in Gbaramatu Kingdom, Warri South West Local Government Area of Delta State.

Addressing the forum which drew a large crowd cutting across all tribes in Delta State, Tompolo sought for their cooperation in the task ahead just as he disclosed that the women group would be allotted 40 per cent of the surveillance contract.