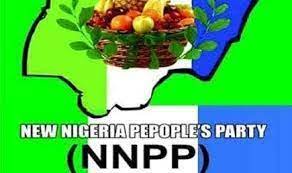 The New Nigeria People’s Party (NNPP) has demanded justice for its member Hon. Sunday Frank Oputu, who was recently assassinated in Bayelsa state, described the act as politically motivated.

Late Frank Oputu was a former Chairman of the Conference of the Nigeria Political Parties (CNPP) and Inter-Party Advisory Council (IPAC) in Bayelsa state, who until his murder, was an active member of the NNPP.

Oputu, who prior to joining NNPP, was a factional State Chairman of the All Progressives Congress (APC) was killed in his residence in Yenegoa, the Bayelsa State capital.

In statement signed by the national chairman of the NNPP Sunday in Abuja, condemned the rising spate of insecurity across Nigeria generally, and demanded justice for both the deceased and the family he left behind.

“We received with shock news of the death of one of our active members in Bayalsa state, the late Sunday Oputu. Sadly, his assassination by yet to be identified gunmen was not an isolated case.

“Nigerians are losing their lives daily to bandits, terrorists, and through other extra-judicial means to such an extent that people are beginning to wonder if we have a government.