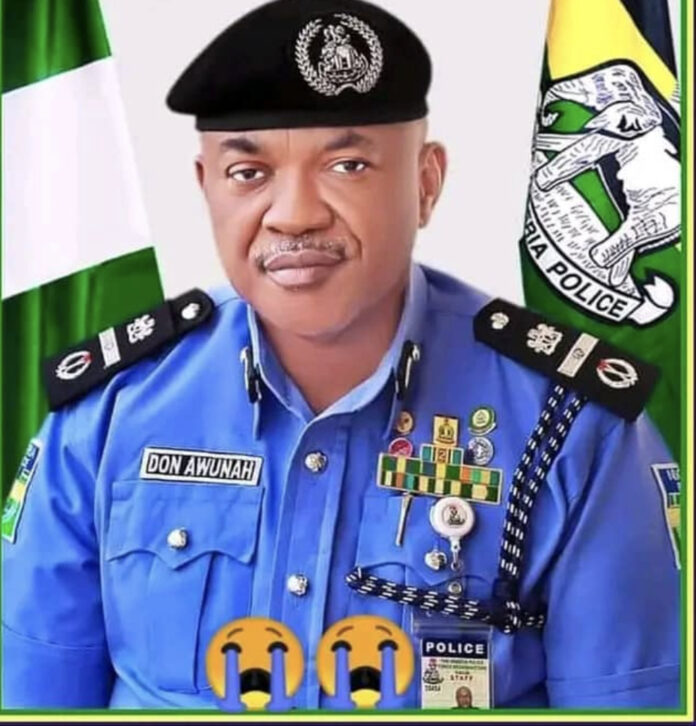 The Nigeria Police has once again been thrown into mourning as Assistant Inspector-General of Police in charge of Zone 16, Headquarters, Yenagoa, Don Awunah died.

At the time of filing this report, it has not been disclosed what type of ailment caused his death in an Abuja hospital around 12:45 am on Monday.

Freedom Post gathered that the Benue-born Awunah has been sick and receiving treatment in Abuja before his death.

AIG Awunah, a seasoned Police officer, was enlisted into the Nigeria Police Force in 1988, finishing at the University of Lagos.

The friendly policeman with vast experience in policing had a BA (Hon) Philosophy, M.A. International Relations and Strategic Studies and M.A. Peace and Security Studies.

His death followed the death of Deputy Inspector General of Police in charge of Force Criminal Investigation, Mr Joseph Egbunike, slumped and died in office at the Force Headquarters in March.